IN ASSOCIATION WITH TRAVELBAG

A Wisden test run of the Gray-Nicolls Powerbow and Prestige bats.

It’s a well-worn trick by these industry-aristocrats to trade on their name with ranges that consciously cleave to its decorated past. Gray-Nicolls maintains its own mythology, and quite understandably seeks to capitalise on it. In recent years we’ve seen the reintroduction of certain classics – the Scoop, the Powerbow, the Dynadrive, and so on – as well as the introduction of the ‘reassuringly expensive’ Legend series (think Strauss at Brisbane, 2010), and now the less wallet-damaging Prestige range. The sheer range of models on offer is a statement in itself, but all through these incarnations, the message is the same: you’re buying into history, and you’re investing in quality.

For the Powerbow, it’s a blue-grey colour pallet using Gray-Nicolls’ famous check logo on the face and then ribbons of cool blue colour down the back of the blade. Modern but restrained. The Prestige (top, left) – part of the brand’s ‘Classic’ range – is the stuff of purists’ dreams. They’ve boiled things down to the quintessence of GN stickering and created a very cool and classy looking bat, worthy of Wally Hammond – who used Gray-Nics in his day. 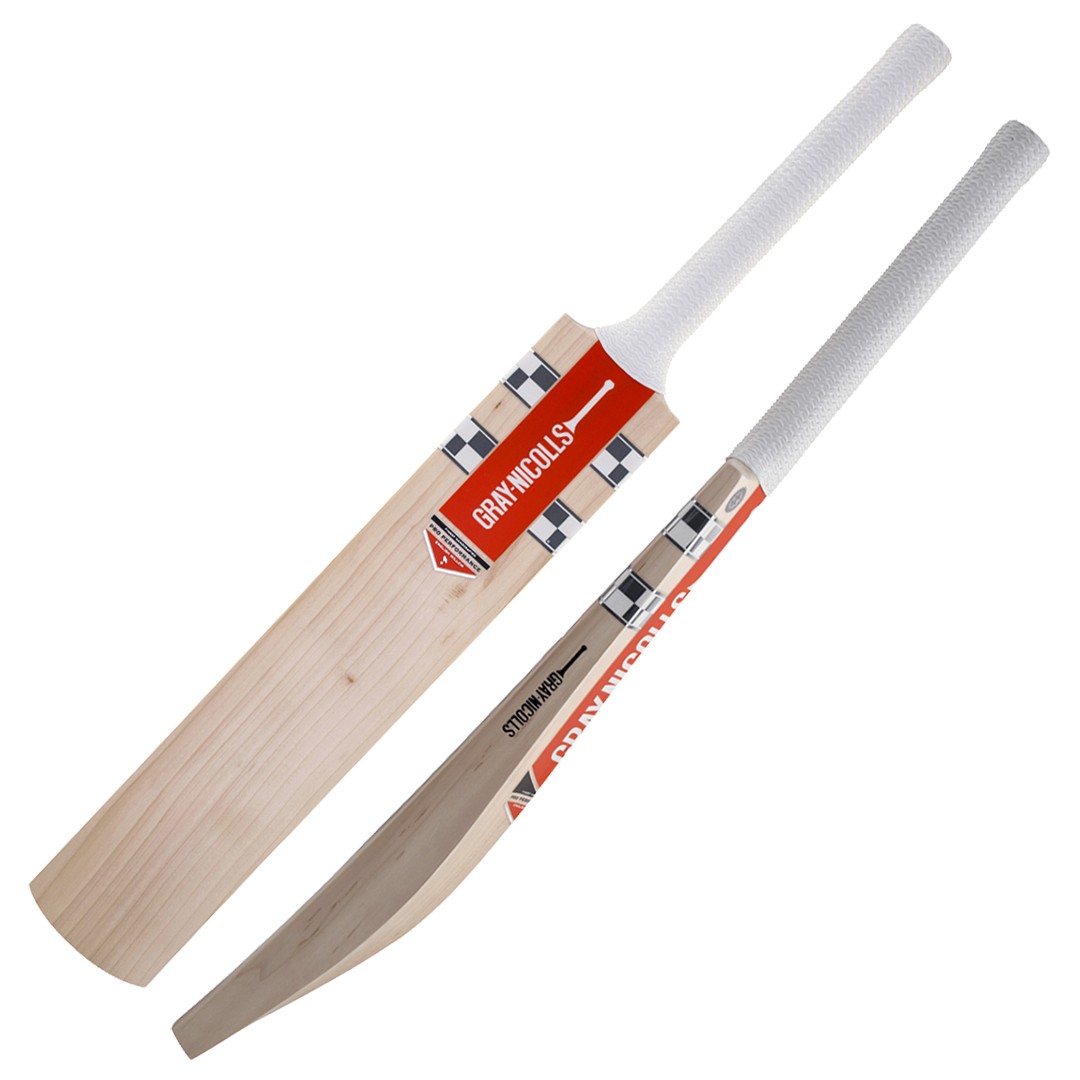 The Powerbow – the premier bat in the GN stable – is designed for power low down, for front-foot driving on not especially bouncy pitches. But the reality is, in a way, even more impressive than that. A look at the curvature of the back of the bat tells you there is no obvious sweet spot, no central focal point that screams ‘middle’. The meat of the blade is spread across the best part of eight inches, creating a sense of real breadth and sturdiness when you settle into the stance. 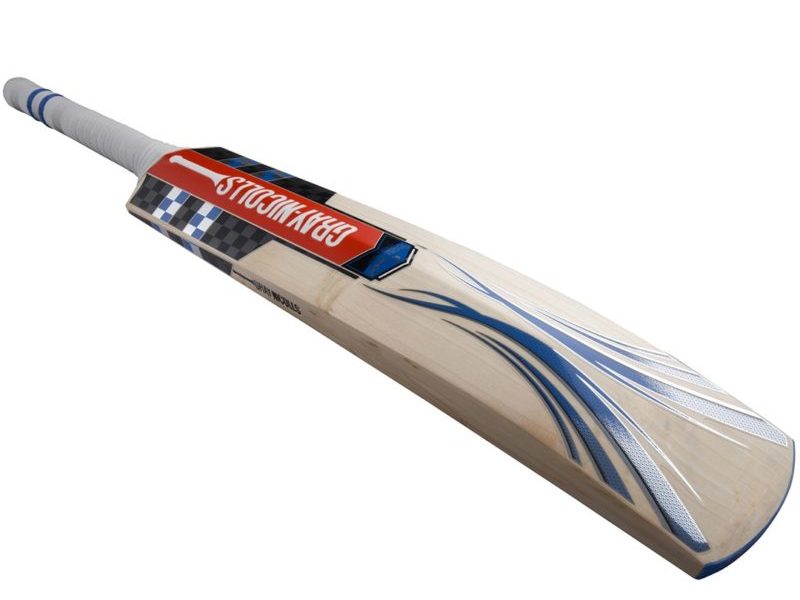 By contrast the Prestige has a slightly higher, more traditional swell – though it still packs a significant punch. For those who prefer an airier feel whilst retaining chunky edges, the clean-cut Prestige will likely be the preference.

A Powerbow could cost you from £150 anywhere up to about £450, with various grades of willow going up that price scale. The Prestige is a bit cheaper, pound for pound, with a top price of £320 but available for around £260 from many retailers. If you can pick out a nice-looking piece of wood then the Prestige could offer you a pretty good deal for your money. 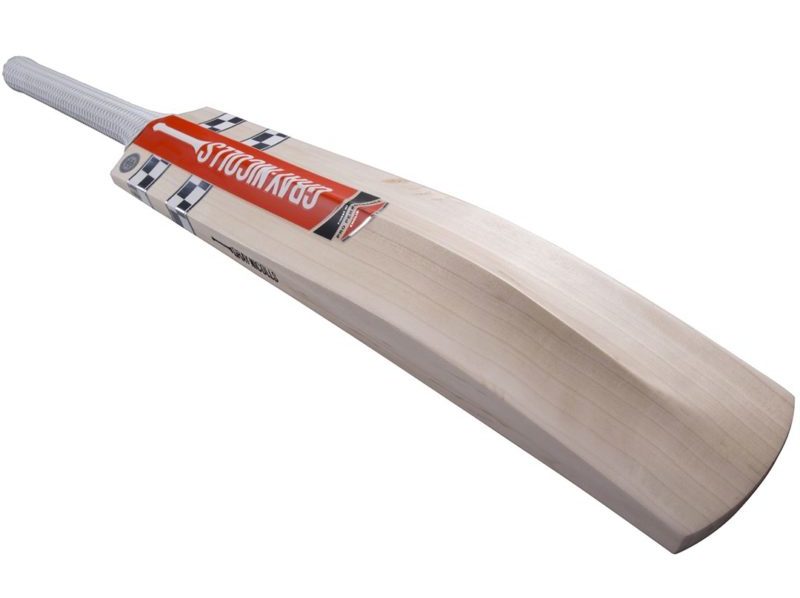 Should I pack it in the kitbag?

As with other large manufacturers, there is a huge range available, and within that range a huge diversity of wood qualities and price points. Gray-Nicolls offer great options at the top and the bottom: if you’re fairly new to cricket, play at a friendly level (or bat down the order) or are just working to a smaller budget, they have something that looks smart and does the job for a price you can stomach, without you having to go too far out of your way in terms of time and effort. Similarly if you’re willing to edge towards the top of the market, you can be sure Gray-Nicolls have high-performance bats to suit your needs. You just need to test out the willow with the eye and a hammer to make sure it’s worth the quoted price. In the mid-level price points, some shopping around might bring you a higher grade piece of willow than what Gray-Nics can offer, but there’s a reason why so many cricketers stick by Gray-Nicolls no matter what. The fact remains that whatever their budget, they feel like they’re in safe hands.

Style: A family-run business where “tradition meets innovation”, Gray-Nicolls continues to be a worldwide front-runner in terms of bat production – and it seems they have been just that almost since cricket began.
USP: The lords of cricket bat manufacturing. They’ve produced the goods over a seriously long period of time, and they’ve done it with great success. Also consider the number of world-class players they’ve had on their books over the years; if it’s good enough for Wally Hammond and Brian Charles Lara…