Next in our series celebrating titans of club cricket, Scott Oliver profiles a northern powerhouse who combined pace and spin to devastating effect.

Across his 34 seasons in the Bolton League (for Tonge and Astley Bridge) and Northern League (for Chorley), Keith Eccleshare took around 2,800 wickets – most as a tearaway fast bowler, but a good number with the leg-spin he learnt playing on the street as a kid, honed at every net session, then unveiled in matches as his body started to grumble.

Eight times he took 100 in a season, and among his scalps were West Indian Test batsman Rohan Kanhai, hooking an accidental beamer to long-leg first ball of the game, and a young Jacques Kallis, bowled off stump pushing forward to a leggie flicked off his fingers, carrom ball-style. Richie Richardson, facing Eccleshare’s spin while playing for Blackpool in 1995, suggested he should have been playing for England, even at 45.

Eccleshare would start with pace before switching to his leggies. So successful was he in combining both styles that, incredibly, he wasn’t taken out of the attack for a full two and a half seasons

‘Eck’ left his boyhood club of Tonge in 1970 when his father was removed from the committee, going to Astley Bridge and exacting familial revenge with 7-20 against his former side. Tonge immediately signed him back as pro and he spent six years there on £7 per week before the Northern League’s harder pitches enticed him to Chorley.

It was a golden period. He finished leading wicket-taker in the league in five out of his seven seasons, taking 88 when Chorley won its second Northern League title in 1980 and 547 in total.

In 1985 he was back down the M61 for a four-year stint at Astley Bridge that yielded a colossal 393 wickets, including a league record 126 in his second season – many caught or stumped by a young Karl Krikken, later an underappreciated genius at Derbyshire. “If you bowled outside off in the Northern League they’d hit you through the covers,” says Eccleshare. “In the Bolton League it went over cow.” 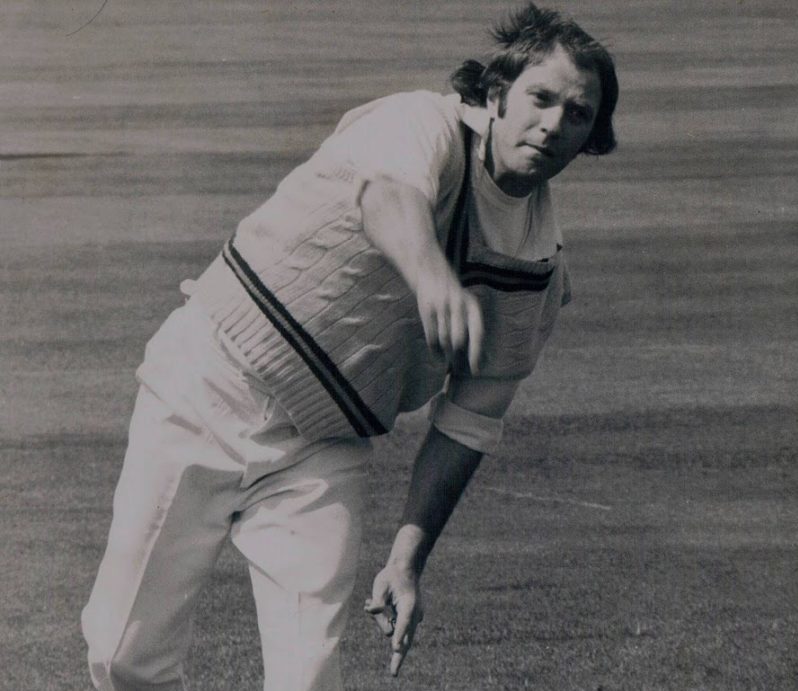 Back then, league rules didn’t restrict a bowler’s number of overs, so Eccleshare would start with pace before switching to his leggies. So successful was he in combining both styles that, incredibly, he wasn’t taken out of the attack for a full two-and-a-half seasons. Only when his brother stood in as skipper did the ‘spell’ come to an end.

In 1989 Eccleshare was back at Chorley as a full-time leg-spinner – pro for two years then staying on as amateur, before retiring in 2000. He helped the club reach three straight National Knockout finals, Walsall narrowly denying them an unprecedented ‘three-peat’. He only bagged one wicket at HQ, prompting the then-45-year-old to turn a cartwheel on the famous old square, but his 27 overs “to the short boundary” went at just 2.6 per over, with his nine against Enfield in 1994 yielding only 15 runs.

But for a fledgling football career that saw him represent England Youth alongside Charlie George and Bob Latchford – he later signed terms at Bury Town before being released at 21 – Eccleshare might well have gone on to play more representative cricket than his appearances for England Schoolboys and a handful of Lancashire Second XI matches. But there are no regrets. Well, just the one. “I’m 5ft 10in,” he says, “but I could have done with being 6ft 4in as a cricketer and 5ft 8in as a footballer”. 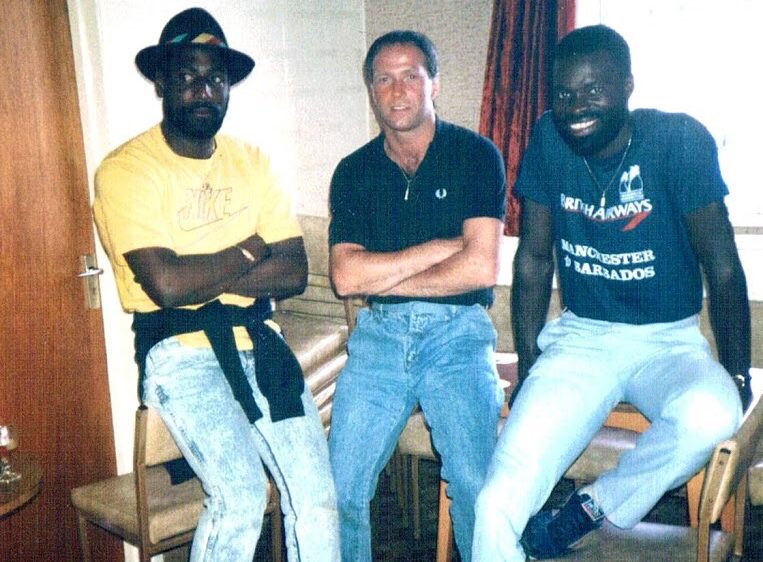 He was able to combine 19 straight seasons in league cricket’s paid ranks with a semi-pro career at Fleetwood, Macclesfield and Northwich Victoria, with whom he made the FA Cup fifth round in 1978. “At certain times of the year I were picking up three wages: cricket money, football money and my job,” he says with a chuckle.

Cricket was always his main love, though, and a few games for the League Cricket Conference XI allowed him to pit his wits against the best. Playing the West Indies in 1991, he castled his most prized victim: a young BC Lara – although he does admit that by that stage the game had gone. Literally. Having passed their target, the West Indians were just batting on for the extra practice.