In the fifth instalment of the Every Club Has One series, Rich Evans celebrates club cricket’s feistiest animal.

With several menacing swipes of the studs, The Fiery Quick carves out the starting block of his over-indulgent run-up, still reeling from what he deemed a shocker of an lbw decision in the first innings.

During his lengthy opening spell, Fiery curses the skipper for removing third slip when he’s been hit for 38 from his first six, before snapping at the tweaker for not keeping one side of the ball gleaming. Fiery has never quite shaken off the ‘thinks he’s better (and quicker) than he is’ syndrome he contracted in his youth.

A sniff of rabbit makes him morph, in his own head, into Allan Donald – but he’s only slightly north of trundle

A hellraiser in his earlier days, he’s now a reformed character with a wife and kids. Off the pitch, he’s lovely when sober. Two things unshackle the inner demon – bowling and booze. At the annual dinner and dance, with his partner on his wing, he’s the designated driver and the ultimate charmer. Get him on tour and he’s rugby tackling you in the streets, wolf-whistling to anyone with a skirt and wetting the bed. Day two on tour is the only time you’ll see him refreshingly sedate with leather-in-hand.

In his 11th over, Fiery bowls a rank short one that the batsman climbs into, before a meaty edge flies backwards of point. Slips and keeper are already looking towards the boundary, but gully leaps fast and high, getting a good hand on it before the ball ultimately escapes his clutches. While the rest of the team applaud his superb effort, Fiery curses his luck for not having Jonty Rhodes fielding for him in this bottom-of-the-table second-team clash. Naturally, Fiery would have got nowhere near it. He thinks he’s outwitted the batsman, tempting him with a wide half-tracker – it was all part of the plan. He rattles his head incessantly as he struts back to his mark like a stroppy teenager who’s just been grounded. 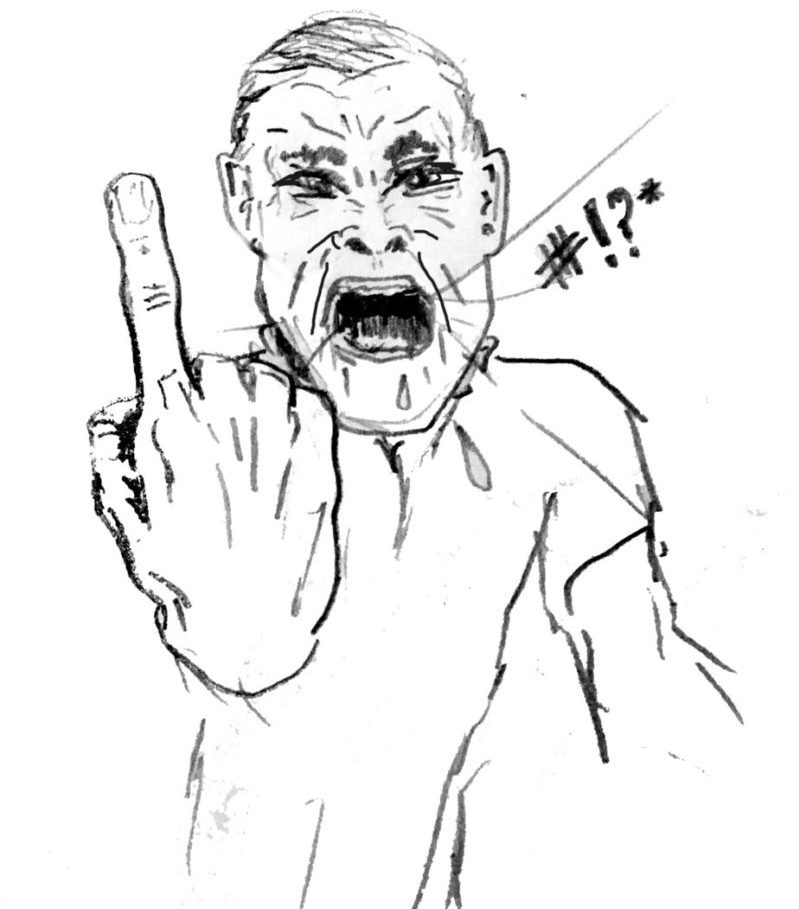 Back on for a second spell in the dying overs, a sniff of rabbit makes him morph, in his own head, into Allan Donald – but he’s only slightly north of trundle. “Short leg, please skip,” says Fiery. “Nah, just knock the pins over,” his skipper replies. “Short-leg, please skip,” Fiery repeats, this time through clenched teeth.

The little kid, batting at No.11, assuredly evades the first five balls, so the bowler finally chucks one up, which castles into the youngster’s off-stump to secure victory. Fiery releases a monstrous roar before leaping into the air and punching it – all the while eyes fixed on the young pup as he invades his personal space. As the victorious team huddle-up, the 13-year-old walks off pondering the virtues of badminton.

Every club has one: The Show Pony

Every club has one: The Pie Chucker

Every club has one: The Blocker

Every cricket club has one: The Rabbit