On the latest episode of the Wisden Club Cricket Podcast in association with Natwest, host Yas Rana and Wisden Cricket Monthly editor-in-chief Phil Walker were discussing acts of good and bad sportsmanship on a cricket field.

Yas brought up a story sent through on Twitter by Mark Townsend in which Mark took the attack to the opposition in a successful attempt to deprive a “cocky” player of reaching a century, teaching him a “life lesson” in the process. Phil was reminded of a similar incident – sans the uncharitable motivation – that occurred during an Essex youth team game he played with future England nearlyman Graham Napier.

I was once batting with a cocky kid in the year below who was on 99no. We needed nine to win and I managed to hit a four and a six into the school pavilion to win the match. It was the best life lesson he’ll ever have had.

“I played an Essex youth team game and I was maybe 14, 15, and Graham Napier came out to bat after me,” said Phil. “I was on 40-something and we were winning the game. He’d just come out to bat, we needed four or five to win, and I was within reach of a fifty. The spinner comes on, and he’s only just got there and he says, ‘I’m just going to pat it down the ground to long-on’.

“And the spinner bowled it – it might not have been Graham’s first ball, but it was no more than his second or third – and he ‘just patted it’ but over the sightscreen to win the game, and then sort of just shrugged his shoulders.

Yas struggled to accept that anyone could smash it straight down the ground without doing so on purpose. “I know he was a very powerful player,” he said. “But I find it hard to believe that Graham accidentally hit the ball for six.” 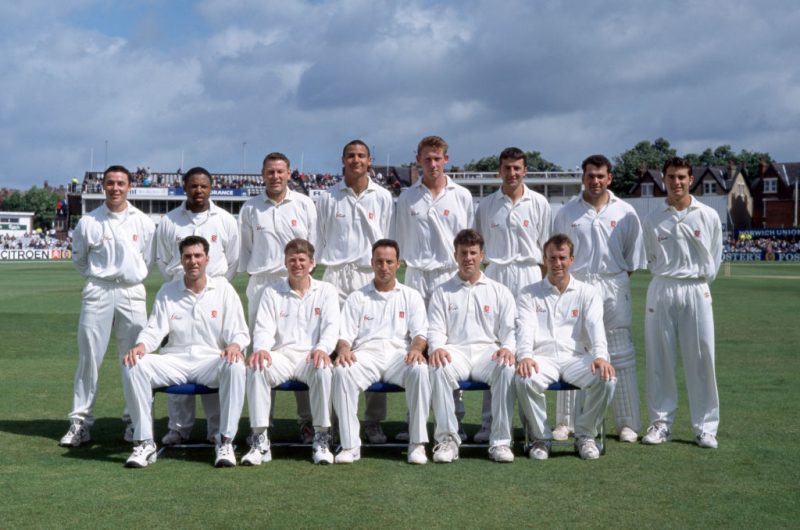 “You might find it hard to believe but I can tell you for sure that was the case,” replied Phil. “He didn’t have a bad bone in his body, Graham Napier. There were no sides to him. He would have been trying to do the right thing for his teammate but just got more power than he knew what to do with. He was a freak then and he was a freak throughout his career really.”

Napier would give evidence of those freakish ball-striking qualities time and again throughout his Essex career, twice smashing 16 sixes in an innings. The first instance was a whirlwind 152* off 58 balls in a 2008 T20 against Sussex, his hundred coming off 44 balls, and the second in a County Championship match against Surrey in 2011. Whether any of those 32 sixes were accidental is another question.

Brought to you in association with NatWest, Wisden’s Club Cricket Partner, supporting cricket at all levels for almost 40 years and a proud partner of the ECB and Chance to Shine. NatWest CricketForce helps local cricket clubs to make more from their money through free online advice and toolkits.