The ECB’s new 100-ball format certainly has its element of farce, but it should be given a chance, writes Phil Walker.

Not that you’d think it judging from the tirades of certainty raining down on social media yesterday, but the ECB’s latest radical idea to provide an upswing for a game in dire need of one carries more questions than answers.

Surely the big question is whether anything should be happening at all. Does English cricket really need another short-form knees-up when its Test team can’t buy a win away from home, the Championship has been shunted ever-further to the margins and the game at large is buried in a surfeit of smash-‘n’-bash? How can England’s overstretched alphas combine their international commitments with poster-boy duties for a newfangled ruse that desperately needs its stardust, and will Root, Stokes, Moeen and the like get to play any of it anyway?

What does it mean for women’s cricket, after the heavy lifting to get the Kia Super League off the ground, only for that tournament to wither as the women’s game aligns with the men’s? And how can we justify another T20 tournament when we’ve already got one, and a pretty popular one at that?

It’s certainly contrived, and, as with every new ruse, ripe for ridicule. But it’s also inconveniently popular with broadcasters, including licence fee ones

Well, the answer to the last bit is to tinker again. Shortening the shortest, overthrowing 15 years of deep history to create, and get ready for this doozy: “100-ball cricket, a simple approach to reach a new generation. Based on 15 traditional six-ball overs, the other 10 balls will add a fresh tactical dimension.”

There’s sure been some fresh tactical dimensions exercised in the ECB’s offices. A five-week window in the middle of summer, eight teams (their brand identities yet to be confirmed, but hold onto your hats when they are), a player auction to select the squads, plentiful overseas players, 100 balls per innings, and let’s see how it plays. It’s certainly contrived, and, as with every new ruse, ripe for ridicule. But it’s also inconveniently popular with broadcasters, including licence fee ones at that. The BBC and Sky have put considerable wedge behind the concept. No doubt, the broadcast deal signed last summer, reportedly amounting to £1.1billion across five years, is a significant figure, and driven in part by corporations’ clamour for the shock of the new. 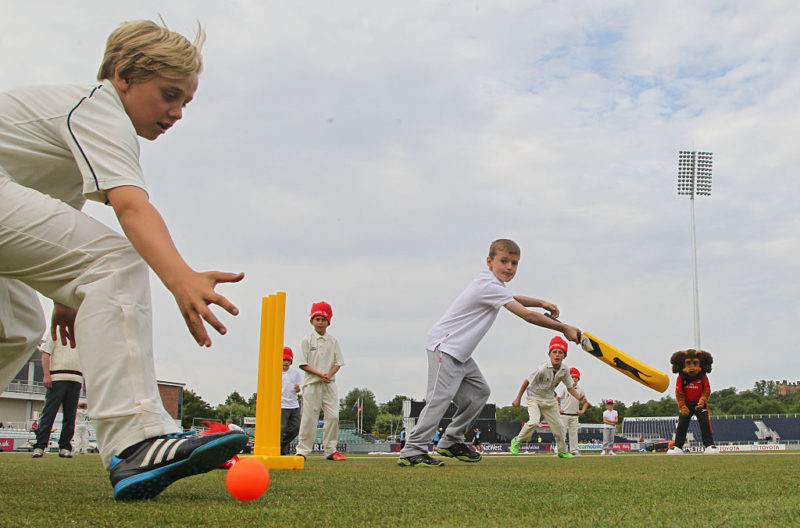 Growing the game us the ultimate goal

“The BBC is delighted,” said Tony Hall, the BBC director general, at the time of the deal. “It’s long been our ambition to bring live cricket back to BBC television. I’m thrilled to see that ambition realised. Cricket is an integral part of the British summer and the BBC will be putting its full weight behind the nation’s favourite summer sport. Our aim will be to make the new T20 competition a huge success.” More fool Tony for calling it T20. So old hat these days.

Meanwhile, one can well imagine the marketing execs at Vitality, this year’s sponsors of the existing T20 competition, greeting this week’s news with a clink or two of champers. But while it unquestionably puts some much-needed daylight between the stirringly resilient competition that we have now, and the proposed new one, the threat to the legitimacy of the Blast remains real; though the vast majority of counties voted for change, there are understandable concerns regarding how their central revenue streams will be affected by the new landscape.

Though the vast majority of counties voted for change, there are understandable concerns regarding how their central revenue streams will be affected

Frustratingly, nowhere in yesterday’s classic-of-the-genre press release was there any serious attempt to explain why their “game-wide strategy of Cricket Unleashed” – with its emphasis on a joined-up game built from the ground floor up – came about in the first place. One can only assume that a restatement of the naked truth about recognition issues, and growth and participation levels would be deemed too glum for such a triumphal moment. Still, they could perhaps have written something like this:

When the ECB carried out our own research in 2014, we uncovered some chilling trends. Among children aged between seven and 15, only two per cent ranked cricket as their favourite sport. When asked to name 10 sports, three in five made no mention of cricket at all. Those figures, combined with the headline figure that the number of recognised club players had dropped from 908,000 to 844,000 in one year, caused shockwaves throughout the organisation. Faced with an equation of devastating simplicity – extrapolate those numbers across a generation, and the game becomes irrelevant – the governing body, with the support of the major stakeholders in the game, has sought to do something, well, anything really, in the hope of somewhat arresting that decline.

Instead the debate, played out as ever across the gently undulating plains of Twitter, focuses on whether 120 balls versus 100 balls further desiccates the professional game, crushes the Championship, tears out our livers and all the rest of it. (On the subject of the Championship: three divisions of six, 10 games, hard fought, placed in the guts of summer, would be a considerable improvement on the current scheduling mess.) But the issue is more fundamental than that. Never has cricket had to fight so dirty to remain a part of British life.

In critical times – and just read those 2014 figures again – there must be some scope, morally and creatively, to try something new. Shorter games specifically aimed at families, with mooted start times of 2:30pm and 6:30pm and games finishing at a socially agreeable hour so families can get home, and TV-watching kids up to bed. A concerted joined-up marketing campaign that creates heroes of its stars, many of whom are simply unrecognisable to a majority of young people. A fresh push to establish All Stars Cricket at the heart of pre-teen participation and to align it with this easy-to-view, BBC-promoted new competition with its silly rules and its bonkers team names.

It might tank, but it’s worth a go. Cricket has always been accused, and not always fairly, of fustiness, of living off its garlanded past. For too long, those who ran the game in this country held to the belief that a successful England team and a packed-out Lord’s equated to a healthy game overall. Thankfully, and not before time, such arrogance has been punctured. Cricket is in the fight of its life.