With the Ashes surrendered at the earliest opportunity, David Lloyd considers why county cricket is not equipping England’s players with the skills to prosper abroad. Our Wisden columnist also weighs up the futures of Alastair Cook and Stuart Broad, and picks out a surprise name from the domestic game who could add firepower to England’s attack.

First off, credit where credit is due. Australia have prepared terrifically well and been too powerful for England. I said before the start of the series that I didn’t think their quick bowlers would stand up fitness-wise but it’s apparent now that they have planned for two years for this Ashes and they got them primed and ready to go.

Australia have gone with the archetypal three-pronged pace attack with an off-spinner holding the game. Nathan Lyon has bowled so well for them that Steve Smith has just been able to rotate his quicks and they’ve been too strong.

A word on Smith’s batting, too. I thought the interview he gave the other day was all-revealing. When he was asked, ‘Why are you so good?’ he just said, very matter of fact, ‘I just get on off stump and watch the ball’. Simple as that. You can try all sorts of different grips and stances, change this, change that, correct a fault with a fault, but if you stick to what you believe you’re good at, it gives you the best possible chance. 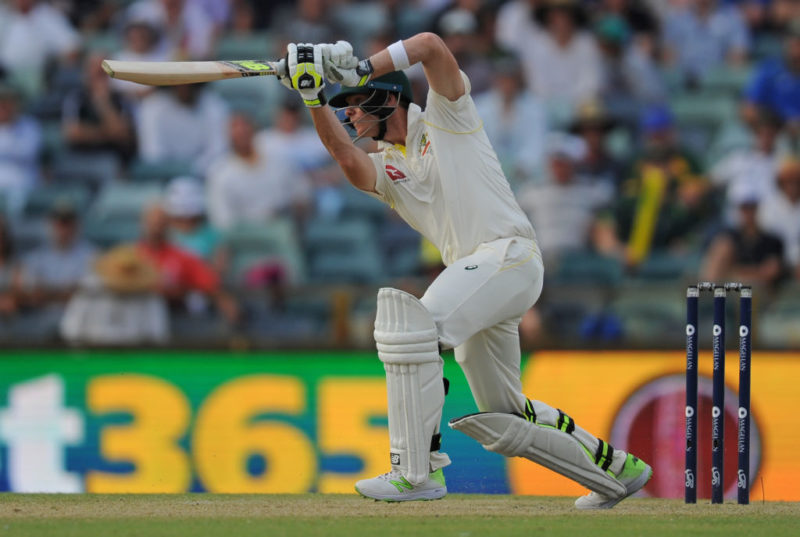 Smith and the rest of Australia’s big names have held sway. The same can’t be said for England’s more established players.

The question for Cook is has he still got the ambition and the drive to play for another couple of years, or does he want to be on the farm?

Focus has fallen on the contributions of Alastair Cook, Stuart Broad and, to a lesser extent, James Anderson. The stick that Anderson has got has surprised me. He’s got 12 wickets at 25 – he can’t do it on his own. I think he’s been absolutely fine. But Stuart Broad has lacked pace and penetration and that will be a concern for him. I would have thought he’d be more effective in these conditions.

The question for Cook is has he still got the ambition and the drive to play for another couple of years, or does he want to be on the farm? There’s only him can tell you. At 32, he’s young enough to continue. But he’s in a deep trough of poor form. 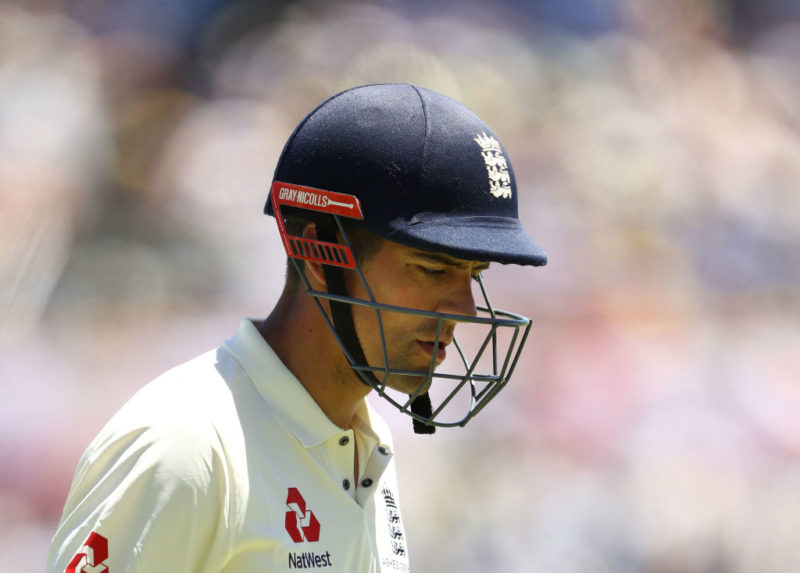 To know whether they should be dropped you’ve got to be in that changing room and see what their demeanour is. Have they got the balls for it? From the dressing room you get a sixth sense if they’re spent. Or you can tell that this bloke is utterly determined to turn it around. It comes down to drive, ambition and determination. ‘I will turn this around.’ The evidence with Cook is that he’s been going for extra practice and doing a lot extra behind the scenes, so I would suggest he still has that drive. Michael Atherton had a chronic loss of form which made him even more determined to succeed and Cook is a similar type of character.

I’d liked to have to seen Rich Gleeson of Northants given a go. He’s an intelligent bowler with a good build, a good action, and he’s 90mph

I always try to be polite on social media when people fire off and call for a player’s head. I say, ‘Find me somebody better, then’. And the fact is we’ve not got a bunch a world-beaters sitting at home.

I didn’t question the squad that was picked too much but, with hindsight, I’d liked to have to seen Rich Gleeson of Northants given a go. He’s an intelligent bowler with a good build, a good action, and he’s 90mph. He took 40 Championship wickets at 18 last year and at 30 years of age he should be hitting his peak. I’m intrigued by that. In 1971, Raymond Illingworth took a team to Australia that included Bob Willis and nobody had heard of this bloke. He was this raw fast bowler and every now and again you might need to think outside the box.

But to really get to the guts of why England struggle overseas we need to look at the bigger picture. The English county cricket system, of which I’m a huge fan, produces a certain type of player, particularly bowlers. The nature of the pitches mean there’s no real need to play fast bowlers in county cricket. A lad called George Garton who has been identified by England hardly plays for Sussex. Young quicks like him, Olly Stone, Tom Helm and Josh Tongue need to be looked after and played at the appropriate time. Identify that pace – we’re talking 90mph – and prime them to play in certain series.

Our system will always turn up bowlers like Jamie Porter, Tom Bailey, Joe Leach, Darren Stevens. They’re wonderful cricketers but only effective in the UK. That’s the way that our system is. Now, we either carry on with that, and say that the county chairmen are right to look after the county members, insisting their best bowlers play week in, week out, or you look at that bigger picture, in terms of competing abroad.

We are very effective with a Dukes ball in English conditions – you could play Jamie Porter in a Test match in England next summer and he’ll do fine – but they’re not the bowlers who can necessarily reproduce that form with a Kookaburra ball on hard, fast, burnt pitches.

The festive season can’t all be about early starts and Ashes defeats. I’m out in Manchester today with a dozen or so mates for our Christmas do. We’re setting up in the Northern Quarter and having a wander around the pubs, sampling the best ales on offer.

Bumble was speaking to Jo Harman