Steve Smith has been generous in his praise of England’s ODI batting line-up.

Speaking after his side’s defeat in the first ODI at the MCG, in which Jason Roy hit an England record 180, the Australian captain suggested his team could learn from the tourists’ approach.

“England’s got to be up there as one of the best teams in the world in one-day cricket at the moment,” he said. “It just looks like the way they play is for everyone to go really hard and Joe Root is sort of the rock in the middle. He just plays good cricket and guys bat around him. 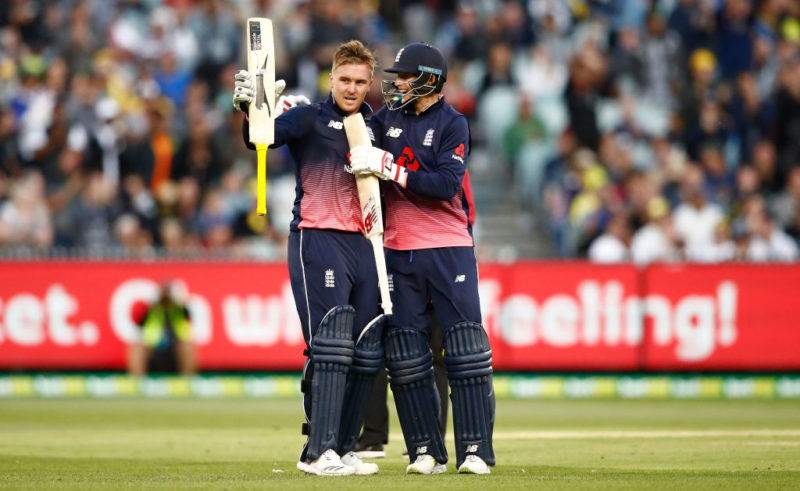 Root and Roy’s partnership was a model Australia can follow, Smith said

“That works for them and it’s something that we might have to think about as well. Having guys that are going really hard and having someone, it might be me, who just bats normally and then you see how you go. I guess when you do that, perhaps you’re going to have days where you get bowled out for not many. But you back your players to come off maybe more often than not and get those big totals. That’s what the English players are doing at the moment. They’re playing with such freedom and have pretty good game plans.”

England are currently third in the ICC ODI team rankings behind India and South Africa after reaching the semi-finals of the Champions Trophy on home turf in 2017. Trevor Bayliss, who was appointed with a brief to improve the team’s fortunes in white-ball cricket, has previously said that the players at his disposal make that job easier than in the Test format.

“With our white-ball team we’ve actually got a group of guys who are more suited to the way the white-ball game is played, than possibly some of the players that we’ve had in Test cricket.” In contrast to the Test side, England’s ODI team is reaping the rewards of having so many high-quality natural white-ball players at their disposal.

Smith said the only way to counter their aggressive approach as a captain is to abandon containment and try to take wickets.

“You try and do whatever you can to take wickets, that’s the key,” he said. “If you’re getting them out then they’re not going to be doing the damage out there, but they’ve been pretty consistent playing that way. Someone comes off more often than not and sets their team up really nicely, and this was Jason Roy’s night.”