Scott Oliver writes about the ‘Cricketers against Covid-19’ fundraiser launched by a pair of club cricketers in Staffordshire. You can donate to NHS Charities Together and the Association of NHS Charities here.

In many parts of the country, the weekend just gone ought to have witnessed the start of the season, the starting pistol for league campaigns, the months-long cricketing itch finally scratched. Instead, it brought more of the same: lockdown restlessness and general worries about the shape of things to come.

Even so, the recreational cricketing community is well aware that their frustration over not being able to mark out that run or scratch out that guard are minuscule when set against the wider realities of the crisis. Many have therefore tried to find ways to reach out beyond the boundary rope and connect with the inspirational and enormously courageous efforts elsewhere, in particular in the embattled NHS.

Of course, the citizen initiatives and fundraising have to be compatible with self-isolation and social distancing. Consequently, many have involved hair: specifically, the removal or addition thereof. For instance, Dave Smith of Tunbridge Wells CC raised £5920 through a sponsored head shave. 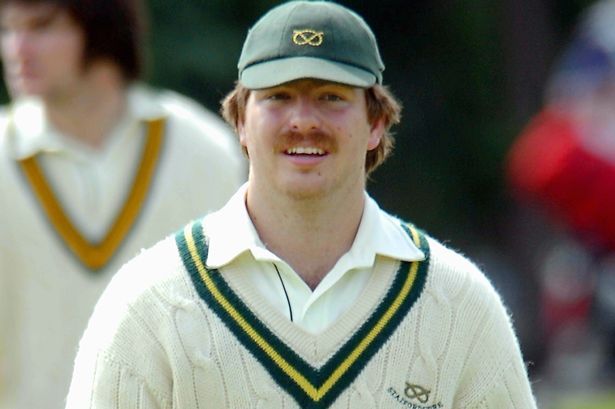 Two cricketers from the North Staffordshire & South Cheshire League (NSSCL), Craig Barker and David Fairbanks – former teammates at Audley and Longton, now veteran seamer and first XI coach at champions, Porthill Park – got chatting last Thursday and had an idea to launch a crowdfunder, Cricketers Against Covid-19, in which, initially, the local cricket community was encouraged to grow facial hair in the style of their favourite cricketers. Women and girls were invited to use props or Photoshop.

“The concept is the complete opposite of Movember”, says Fairbanks. “You have to grow a full beard during lockdown and on the morning of your first game – if we get to play any – you have to groom it, ‘tache only, to the style of your favourite cricketer who donned a handlebar: Boon, Gooch, Merv Hughes, Lockie Ferguson, Dennis Lillee, Saleem Malik, Shikhar Dhawan, whoever. In the meantime, send any pictures of how your growth is getting on.”

They are using the #smashthetash hashtag, and have started dedicated Twitter and Instagram accounts (see below). With the prospects of a resumption of normality still pretty remote, there could be one or two Moeens come the season opener.

CLUB CRICKETERS IN LOCKDOWN: help our amazing NHS staff simply by growing the facial hair of your favourite cricketer. Always fancied that Merv Hughes or David Boon tache experiment? Now is the time.

Launched on Friday morning with an initial target of £500, the #smashthetash fundraiser has broken the £3,500 barrier inside 72 hours, while the NSSCL has pledged a further £1,000. Proceeds will go to the Association of NHS Charities and NHS Charities Together. And while Fairbanks and Barker are not eyeing up Captain Tom Moore’s numbers just yet, they are looking to engage people beyond the North Staffs region. Talk is of an alternative National Club Championship or President’s Trophy, whereby the team or league with the five best ‘taches or beards (or combinations thereof) win the inaugural #smashthetash trophy.

Of course, a charity initiative provides a perfect opportunity for those who might otherwise be a bit squeamish about exploring their facial hair options. Let’s face it, the British male generally needs six pints of Ye Olde Inhibition Reducer before giving free rein to his inner desires, and facial hair has been a particularly problematic area, even for those that did take the plunge. 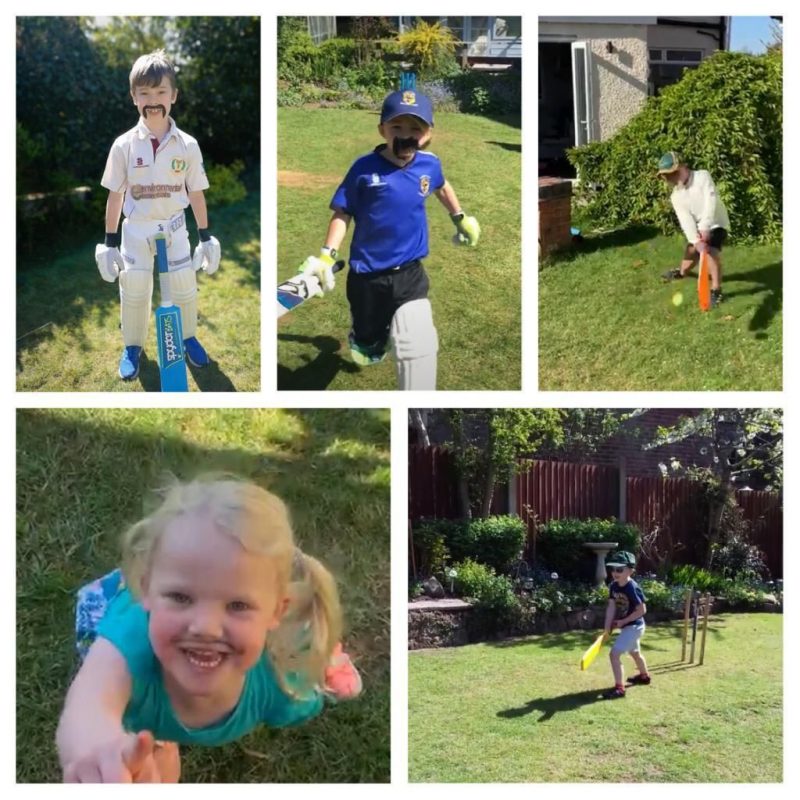 You can have the exact same facial hair for decades and yet see perceptions of it change from “Ooh, that looks sexy, Kev” through “Have you thought about a Bob Carolgees tribute act?” and then “When are you going to get rid of that slug on your top lip?” up to “It’s okay Kev, thanks for offering, but I’ll get a babysitter…” The ‘tache remains the same, the world around it changes.

The hipster explosion let the genie out of the bottle when it came to experimental chin growth, although not everyone welcomed the smashing of taboos, the new licence, the brave new world in which what would once have forced you into prolonged involuntary celibacy suddenly made you desirable. Ish. In a niche kinda way.

“We’d love as many people to get involved as possible”, says Fairbanks. “The more, the merrier. Maybe some of the England boys. It’s all for a great cause – the heroism of the NHS is off-the-scale – and it’s just a chance to let your hair down, no pun intended”.

So if you’re reading this, Jimmy Anderson, now is the time to get your DK Lillee on. Broady, how about a Clive Rice or Richard Hadlee? Stokesy, fancy a ‘Walter White’ goatee? Now is as good a time as any to road-test that ‘tache.

To donate: Cricketers against Covid-19