A stirring fightback that began against all the odds after lunch on day one cleared the road for an afternoon of vintage, point-proving Alastair Cook. Whisper it, but England hold the upper hand in the fourth Test. And what’s more, says Matt Thacker, it feels important.

It was the second session of day one what won it.

Watching a Big Bash game on TV last night the wise-cracking, back-slapping commentary duo of Adam Gilchrist and Mark Waugh were crowing about another great day for the Aussies at the ’G. But it didn’t feel quite like that. At lunch it did, sure: 102 without loss on a flat one does not look good. But in the afternoon England – buffeted, browbeaten England, pilloried from pillar to post – refused to buckle. They made their plans and they stuck to them. It was hot and it was horrible out there. And Warner is a bully. But Chris Woakes bowled a spell of 6-2-10-1, Broad 5-0-14-0, then Anderson 6-3-4-1 and Curran 5-2-6-0. Utterly heroic. Walking away from the ground at the end of the day it was this session that stuck in the mind, the knowledge that England still wanted this, that they had the bowlers to hurt Australia on this sluggish surface. One felt proud, not cowed. 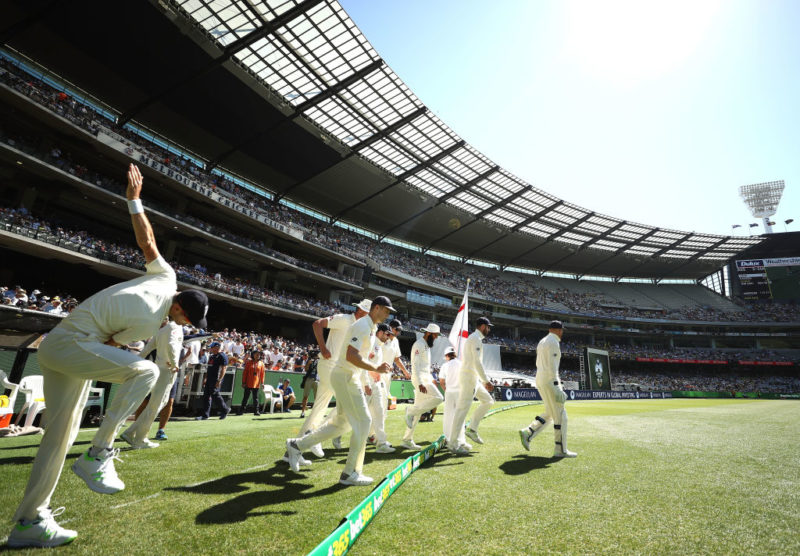 That said, this morning still came as a shock to a set of fans mentally attuned to expecting disaster. But England’s efforts yesterday had set today up, and now they reaped the rewards.

All series we’ve been saying that when England have got in sight of a position of dominance, they’ve failed to press home their advantage, they’ve given it away whether with bat or with ball. Mentally weak, lacking the belief to think that victory in Australia was anything more than a chimera. Well, this time it was Smith who cracked, moments after racking up his 500th run of the series.

Tom Curran, in his first over of the day as Joe Root used his bowlers in short bursts in 35-degree heat, did an excellent impersonation of Ian Botham bowling to Greg Chappell at Trent Bridge in ’77. Just like Botham, he somehow persuaded an Australian captain of the highest class to drag on a long hop to claim his first Test wicket. Incredibly, it was the first time Smith had been out in a Test at the MCG since 2014 and brought his average here down to a measly 119, lower than Bradman’s 128.5 at the same ground.

From 260-3, Australia lost seven for 67, their last five for just 13. All very English. And England conceded just two extras in the whole innings, one of them that Curran no ball. 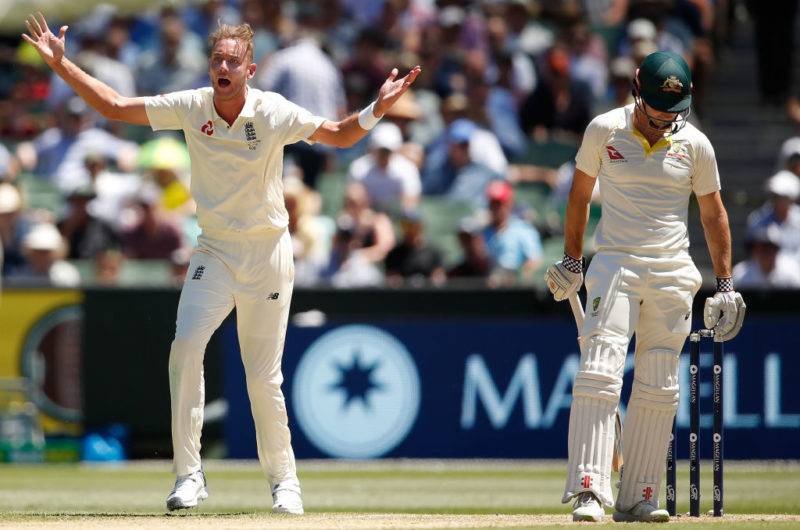 Broad, rejuvenated, took two for 10 in seven overs and won an excellent review against Shaun Marsh, who many thought should have been LBW to the same bowler yesterday from the first ball of his innings. Broad now has four overturns from 20 reviews in Tests, about average despite the perception of him as a trigger-happy serial offender. The fabulous writer Geoff Lemon was trying to tell me over Christmas that Shane Watson, despite becoming a figure of fun for English fans as he repeatedly reviewed unsuccessfully, was similarly more sinned against than sinning. Still not sure I believe him, although this one was plum.

When Anderson got Paine, he went past Courtney Walsh on the all-time wicket-taking charts, his 520th coming in his 133rd Test (Walsh played 132). Paine was the third Aussie batsman to drag on after Smith and Mitch Marsh, the slow nature of the pitch making cross-batted shots two-faced friends. A warning for England – here be drag-ons.

But how would the tourists respond? No Mitch Starc sure, but this is England, and they are Australia. Well, Stoneman and Cook looked totally assured and it was a shock when the Surrey man popped one up for Nathan Lyon to take another camera-friendly caught and bowled. Vince did as Vince does. He came, he cover drove, he self-destructed. Veni, vidi, Vincey. 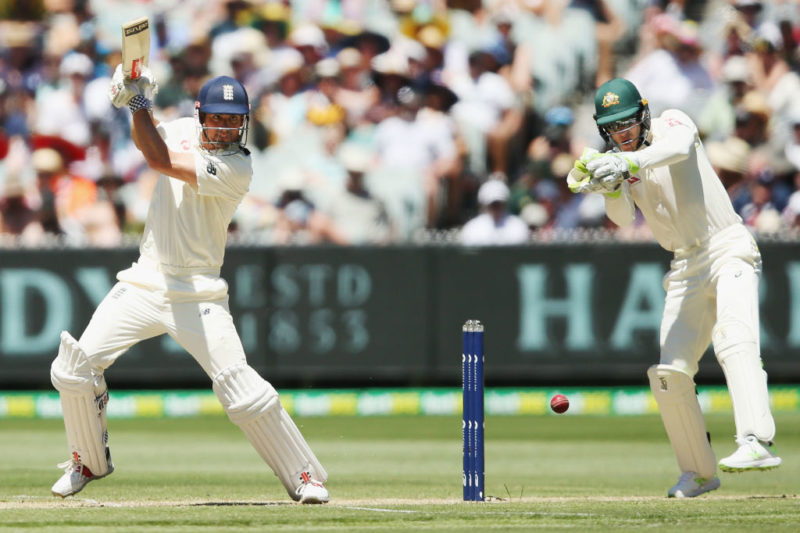 Cook was for the most part majestic

Alastair Cook, meanwhile, in his 34th consecutive Ashes Test, a record for England, looked more at ease than at any time during the series. His straight driving was magisterial, his placement imperious. It was as if he had never been away – we had been worrying about him as we would an ageing relative, hoping he was eating enough greens and sleeping properly, but it seems our fears were misplaced. 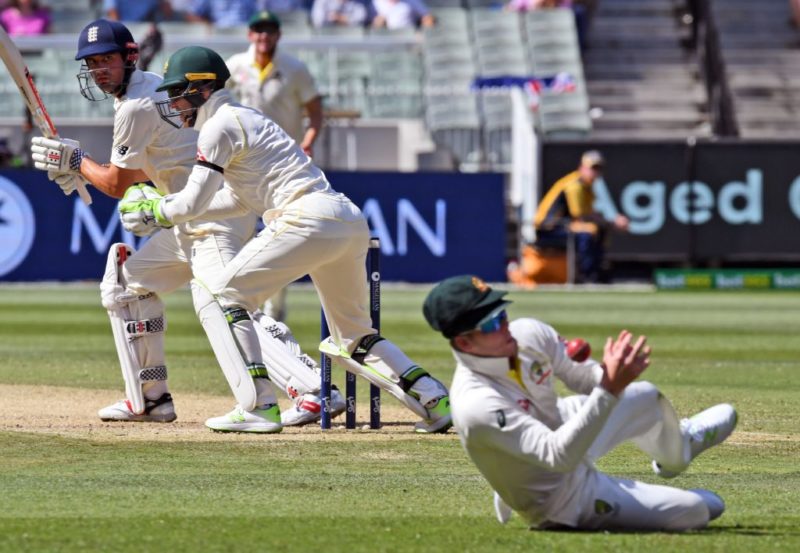 It wasn’t even as if he was circumspectly easing his way back into form. He was just brilliant. From ball one. Your average Aussie in the street does not have a whole lot of respect for Cook. Without his freakshow of 2010-11, he has underperformed, leading the locals to doubt his pedigree, despite the stats. Here he was Cook in exelcsis. The straight drives stood out, the true Cook barometer, but there were also cuts, nudges, positive footwork and more than a little flair.

His century came in the last over of the day, as he smashed Steve Smith for 11 in his only over. Smith who had earlier shelled the only chance the England former captain had given. Cook’s heartfelt celebration spoke of deep catharsis. A hundred now at each of Australia’s Ashes grounds. 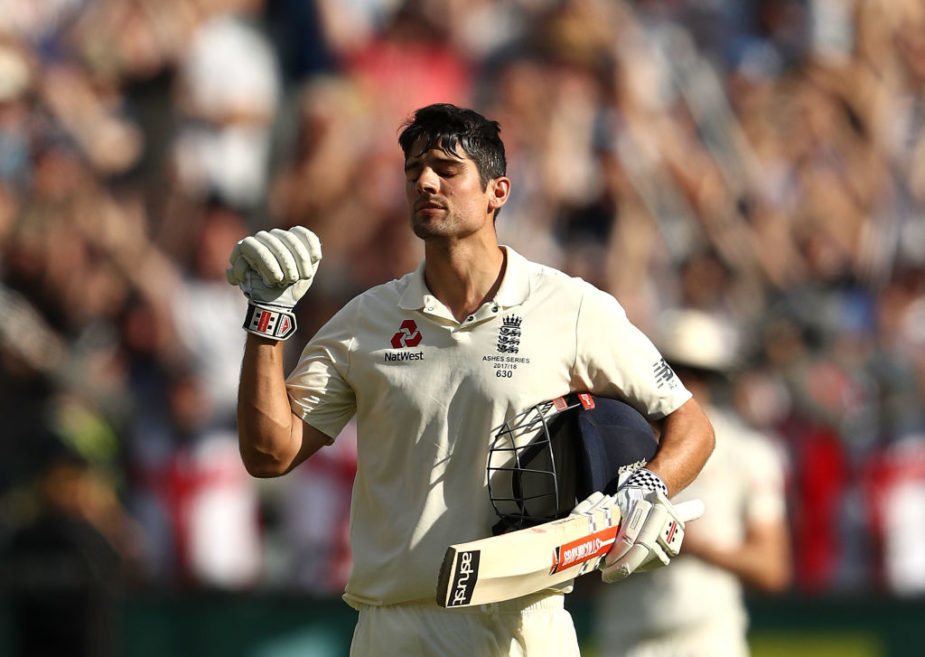 Cook now has Test hundreds on every Ashes ground

With Joe Root accumulating nicely for an unbeaten 49 as he looked to stamp his mark on the series, this was England’s best day of the Australian summer. A day on which, suddenly, the home bowlers (Cummins manfully getting through 11 overs despite illness) looked lightweight and samey while England showed the skills and ruthlessness needed to prosper. Doesn’t mean it won’t all turn to dust tomorrow but for once, it doesn’t feel like it. And make no mistake, the Ashes may be gone but Melbourne and Sydney still mean an awful lot to both sides. Game on.