In the latest issue of Wisden Cricket Monthly – out May 10 – we speak to James Anderson and Stuart Broad about their decade at the top together, as England’s greatest ever bowling pair look back on their awkward first meeting, their “dust-ups” and the special moments that have made the hard yards worth it.

We also celebrate the 50th anniversary of the English domestic game opening its doors to overseas players with an extensive feature on the best and most impactful imports to have graced county cricket. We speak to Farokh Engineer, who arrived in Lancashire 50 years ago and still calls it home, and Afghan wunderkind Rashid Khan, who will pitch up at Sussex this summer, and ask an expert panel to pick the top three overseas players for each of the 18 counties over the last half-century.

Elsewhere, Mohammad Amir discusses his complex relationship with England, Henry Blofeld describes the summer of 1947 when he first fell for cricket, Mark Robinson tells us that taking the England Women coaching role has changed his whole outlook on life and Ed Miliband reflects on the joys of John Player Sunday League.

10 standout quotes from the new issue:

“The best I’ve ever seen from Stu was in the 2009 Ashes at The Oval – cleaned them up good and proper. Seriously good balls to seriously good players. It was under pressure, an important moment. That was a terrific spell.”
James Anderson picks out his partner in crime’s best spell

“I went for a coffee in Nottingham last year and the lady behind the counter said to me: ‘You look like a slightly ugly Stuart Broad!’ Wow, thanks.”
While Stuart Broad concedes that time is marching on 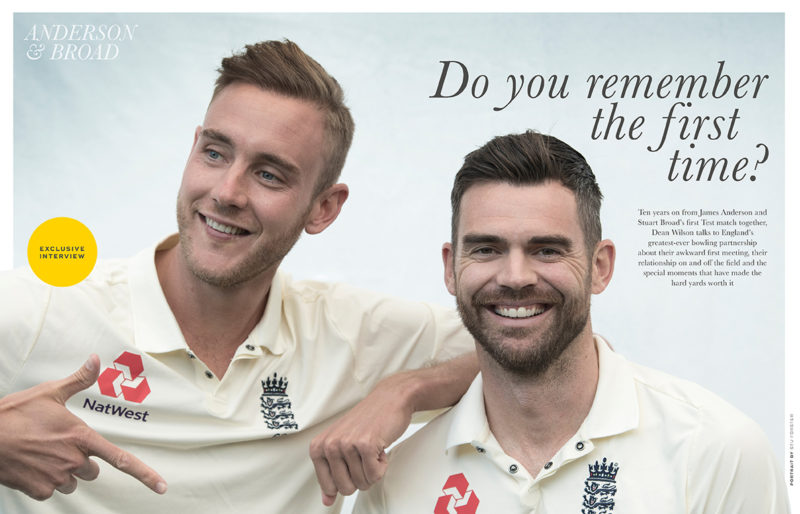 “In opening cricket’s doors to the world of brokers and intermediaries, and in exploring the limits of his own commercial worth, Compton set in motion a phenomenon that would ultimately see its fullest expression in the modern franchised freelancer: the cricketer-as-brand.”
Jonathan Liew explores Denis Compton’s legacy in the month the first superstar of cricket’s television age would have turned 100

“For cricket to be considered a truly global game it needs to be in the Olympics.”
Kumar Sangakkara, our regular columnist, says cricket must expand its horizons 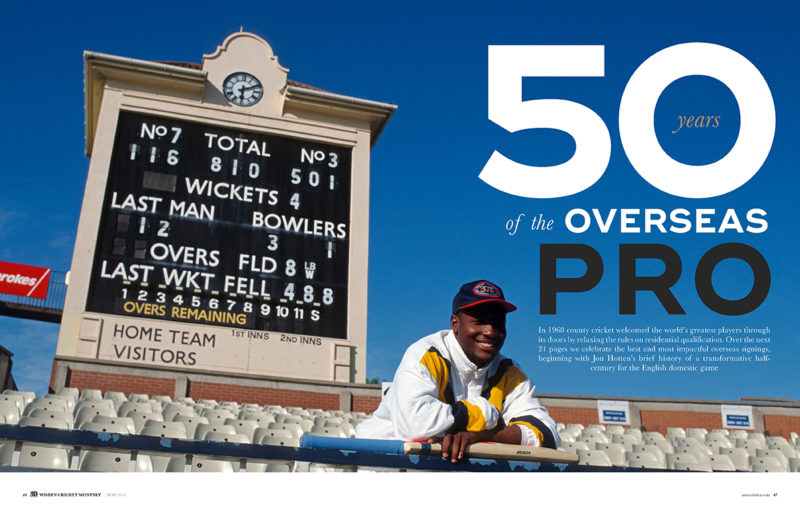 “Mr Cyril Washbrook asked who I recommended and I said, unhesitatingly, ‘Clive Lloyd from Guyana’. ‘But he wears glasses, Farokh,’ said Mr Washbrook. ‘Never mind the glasses, sign him on.’ Clive was my roommate for the next 10 years.”
Farokh Engineer on recommending Clive Lloyd as Lancashire’s second overseas player

“My seven brothers, if you tell them ‘leg-spin’, they can bowl it, or the googly, or any other variation. Naturally!”
Rashid Khan, who alongside Mohammad Nabi is set to become the first Afghan to play county cricket, says leg-spin is in the blood 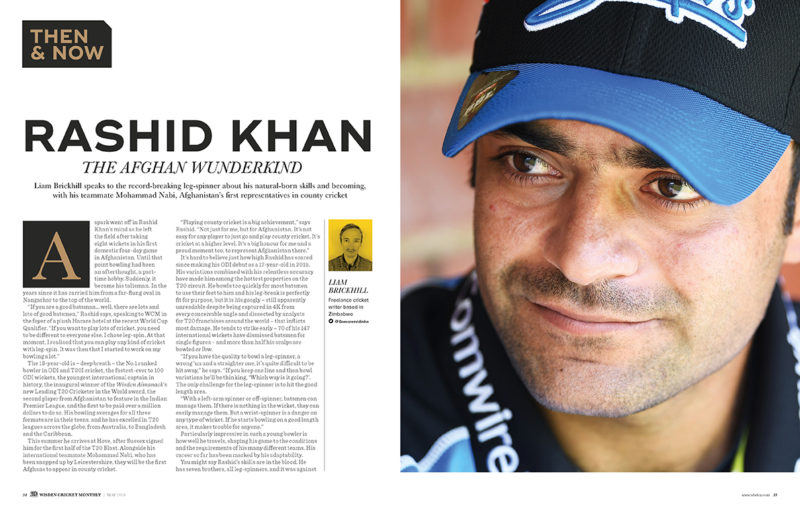 “I never had to think about role models. But now I’ve got a completely different lens of how I see the sport and how I see the world.”
England coach Mark Robinson on how working in women’s cricket has changed his outlook

“Denis Compton was such a genius he didn’t really understand cricket. It seems a strange thing to say but if you asked him about the technique of batting he couldn’t really tell you because he had no need to think about it, he did it so naturally.”
Henry Blofeld recalls the summer of 1947, when Compton and Bill Edrich rewrote the record books

“The day I leave cricket I want to be considered one of the greatest in the game.”
Mohammad Amir on his journey so far and what is yet to come 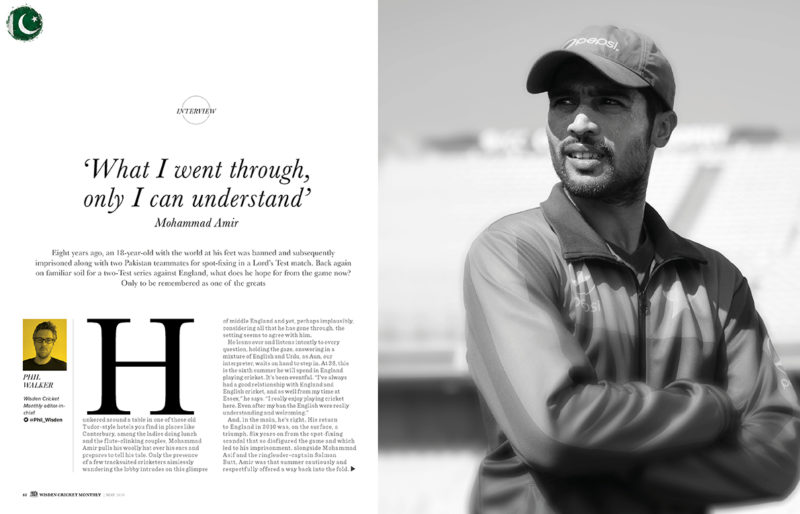 “People so underestimate this now, but live sport was an absolute rarity. But you had four or five hours of live John Player League on a Sunday. I can still see the presenter, Peter Walker, now.”
Ed Miliband talks to Felix White about finding escapism in the John Player Sunday League 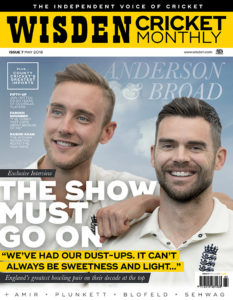