In a wide-ranging conversation with Felix White, Anderson discusses his past with the game, his future with and without it, and why he regrets never playing the piano.

In another issue packed full of exclusive interviews, Phil Walker gets to grips with Jonny Bairstow, Gary Neville tells us it was cricket, not football, that made him tough, and Desmond Haynes recalls the time he batted better than any other.

Elsewhere, we pick out the defining moments from a watershed year for women’s cricket, regular columnist Jonathan Liew argues it’s time England started touring Zimbabwe again and we bid farewell to the WACA with some horror stories that still keep English batsmen awake at night.

For a taster, here is the magazine in 10 quotes:

“There’s nothing better for me than bowling 25 overs in a day and everything’s killing. I like waking up hurting in the morning. It might make me grumpy, but I like that.”
James Anderson on relishing the hard yards 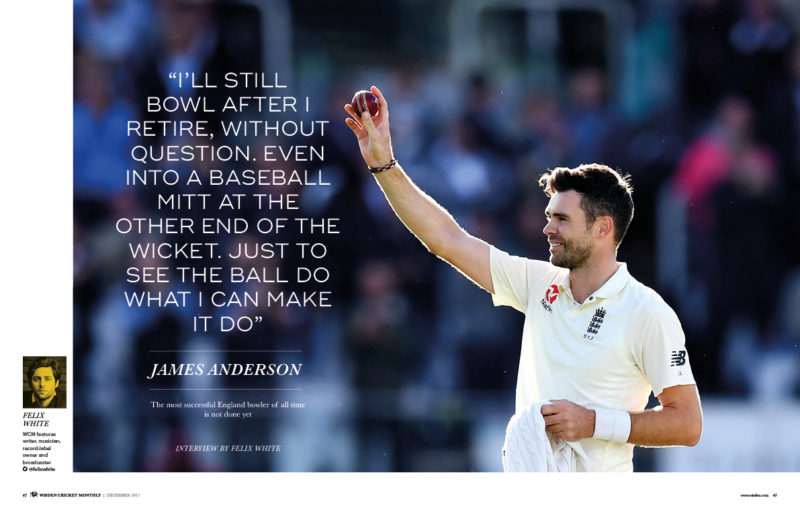 “For most of the quarter-century since their admission to the Test world, Zimbabwe have been the third rail of English cricket, an issue that at various points has been dodged, fudged, confronted and of late simply ignored, like a twitching corpse in the street.”
Jonathan Liew says it’s time England resumed tours of Zimbabwe

“This here was a life’s work, sealed by an in-dipping yorker bowled from the Pavilion End, from where in 1973 Rachael Heyhoe Flint had first had the sheer brass to organise a world tournament and lead England into it.”
Phil Walker picks out England’s World Cup final win at Lord’s as one our defining moments from a landmark year for women’s cricket 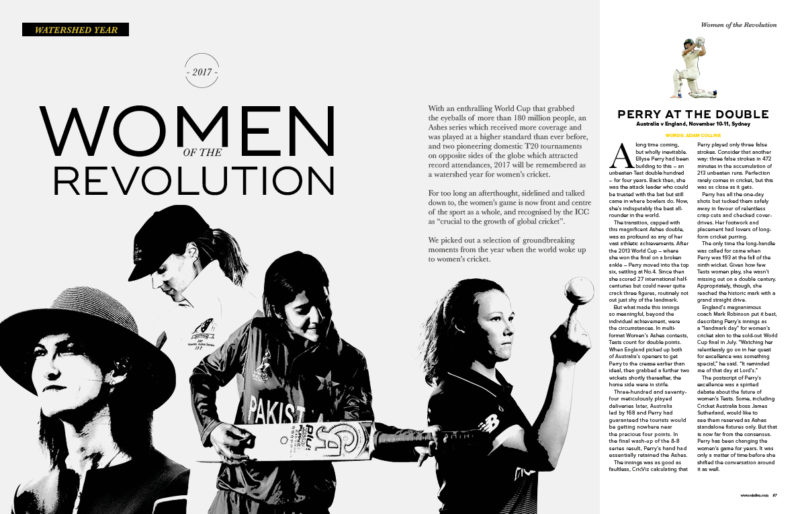 “My line to any kid is dream and dream big. You have to have the courage to chase it but the only person that’s going to stop you is yourself.”
Chris Silverwood, England’s new fast-bowling coach

“What is held against Ashwin is that 259 of his wickets have been taken in the subcontinent. But that’s because he has only played 13 Tests outside. Dennis Lillee, who before Ashwin was the quickest to 300, had only six wickets in the subcontinent from four Tests, but that never entered the equation at all.”
Suresh Menon explores why Ravi Ashwin struggles to be recognised among the game’s greats

“This is the context in which the WACA lies. The context of its reputation. Befitting the land in which it exists, a strain of savagery. Befitting a resentment of the west, conditions hostile to visitors. The ground became a storybook monster, spitting bouncers off a length as terrified cricketers quailed before it.”
Geoff Lemon says farewell to the WACA ahead of its final Ashes Test match 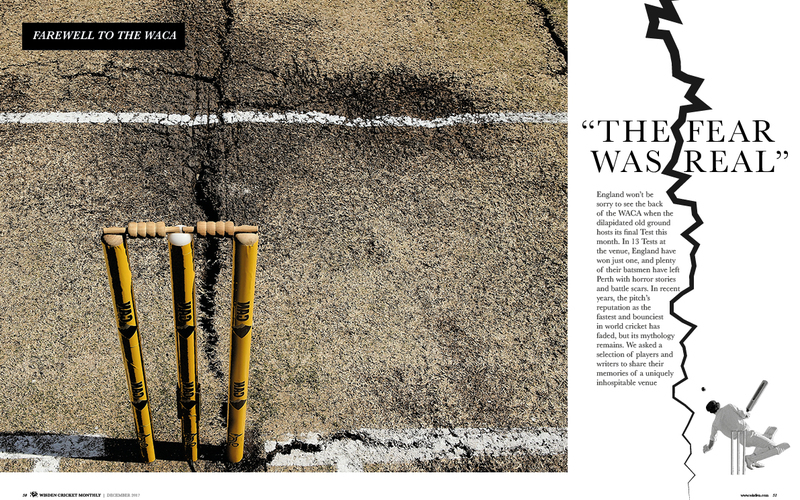 “I hit a bad shot, [Matthew] Hayden came up to me and said, ‘Concentrate, I don’t want any of that crap, this is not the time’.”
Gary Neville recalls sharing a double-century stand with the Australian opener as he talks Felix White through his love of cricket

“There’s so many things that can happen [on an Ashes tour]. You might get a bad decision, you might get a good ball, you might drop a catch that people have a perception you should take but you know is really difficult. There’s loads of different things that can enter into it.”
Jonny Bairstow, speaking presciently ahead of England’s tour of Australia, on the unique challenge of the Ashes 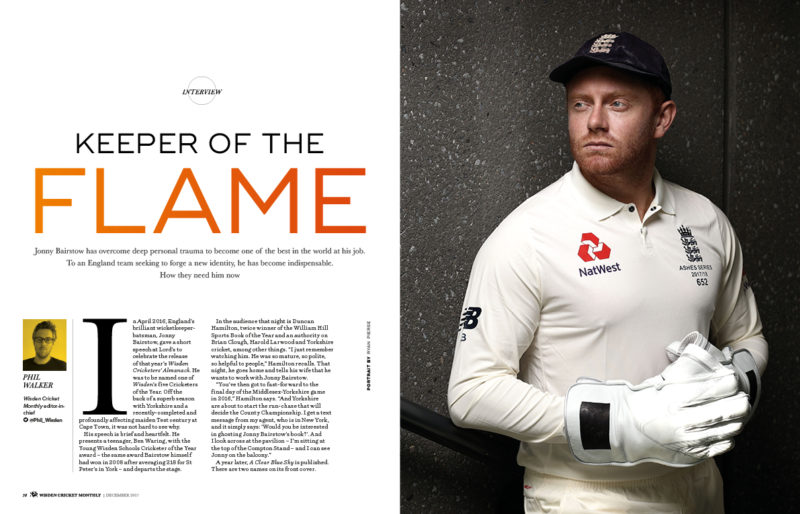 “If you didn’t play cricket, you’d be laughed at.”
Desmond Haynes picks out the people and moments which shaped his run-laden career

“I find players at lower levels haven’t faced much short, fast bowling, and the ball that really spins on them, and you must find ways to test and challenge that before they face it in a match.”
Graham Thorpe, the ECB’s leading batting coach, shares his tips on how to take your game to the next level 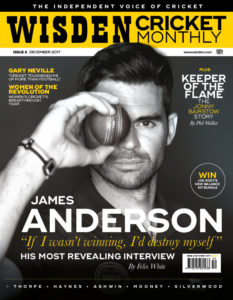