Nevermind being Kevin bloody Pietersen: it’s tough being Virat Kohli. A wife straight out of Bollywood? A face worth a thousand sponsorship deals? A talent for playing cricket and captaining teams few, if any, can match?

What’s tough about that? Everything, when a fanbase of, oh, around a billion — give or take a few million — demand to be kept exhaustively informed not only about what you do on the field but also where you and your wife breakfasted this morning and why you chose to be the ambassador for brand X rather than their favourite, brand Y. 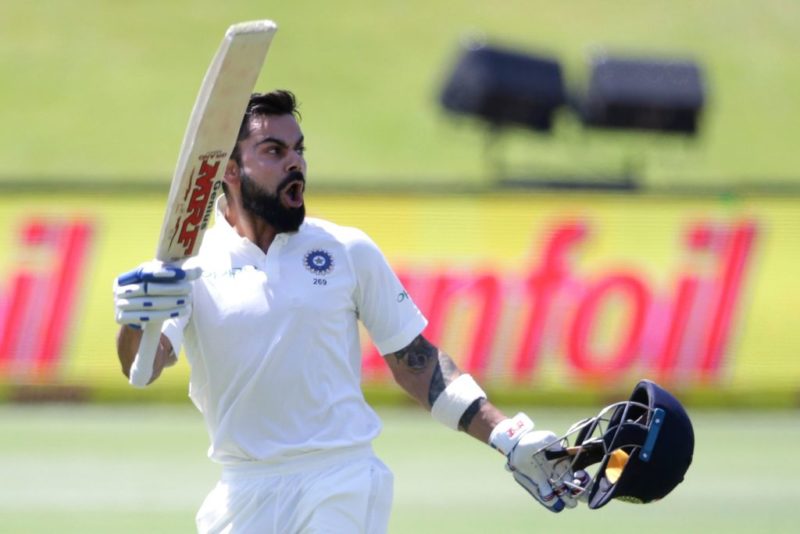 “And cut to Kohli in five,” an off-duty television producer said from the cheap seats in the pressbox the instant a catch was put down during the second Test in Centurion in January.

At the appointed moment the picture broadcast was indeed of Kohli not at all trying to hide his displeasure at the error.

It’s a special burden to be an Indian generation’s singular obsession, and no cricketer’s burden has been heavier than Kohli’s.

Sunil Gavaskar never had to consider the poisonous silliness of social media and Sachin Tendulkar was the eye of his own hurricane, a man carefully and safely detached from his reality

Just as no cricketer anywhere has wielded the power he does. The prevailing theory about India arriving in South Africa too late to play a Boxing Day Test was that Kohli’s wedding reception took precedence. There was fuel to add to that fire in a recent column in the Telegraph, Kolkata’s main daily, by noted historian and writer Ramachandra Guha, a former member of the Board of Control for Cricket in India (BCCI).

“I was witness to the reach and range of Kohli’s dominating self in my four months in the [BCCI],” Guha wrote. “The BCCI’s officials worshipped him even more than the Indian cabinet worships [prime minister] Narendra Modi.

“They deferred to him absolutely, even in matters that were not within the Indian captain’s ken. When administrators had to discuss the future tours programme, the BCCI’s legal counsel said that Virat’s consent must be taken.” 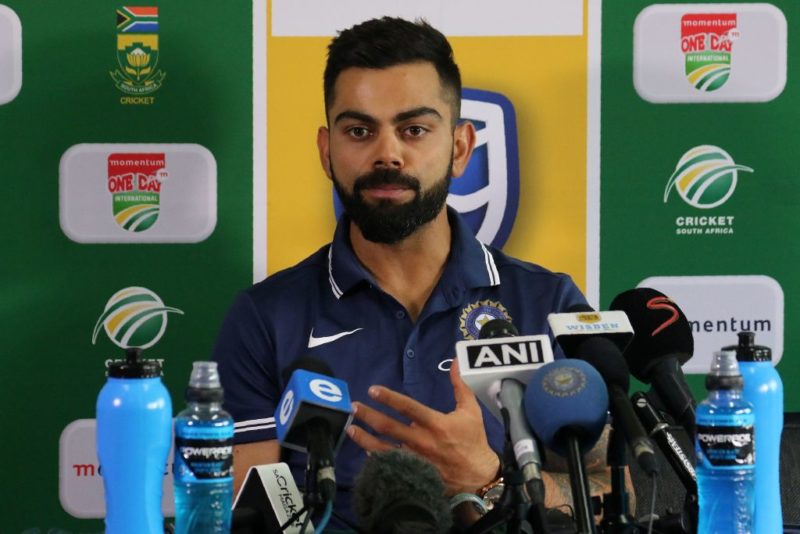 The great and the good of India’s cricket firmament, Guha maintained, were “all pygmies before Kohli”. Damn straight.

Sunil Gavaskar never had to consider the poisonous silliness of social media and Sachin Tendulkar was the eye of his own hurricane, a man carefully and safely detached from his reality.

Kohli is a creature of his age, a willing — and handsomely rewarded — social media star and keen to engage his audience at quarters as close as India’s security men allow him to dare.

Morning everyone, my day has started. What are you guys upto ? ? pic.twitter.com/qC3ImYzAjo

Happily, Kohli is also a gun batsman and an inspired and inspiring leader. He proved both, not that they needed proving, on his team’s tour to South Africa in January and February.

He was the only centurion in a Test series marked by sometimes fiendishly difficult pitches, and he reeled off three more hundreds in the six one-day internationals that followed.

Had he criticised the pitches — the International Cricket Council slapped three demerit points on the Wanderers — he could hardly have been faulted. Instead, he shut up and played and captained and left the moaning to the home side, who duly did.

Better yet India earned only their third victory in their 20 Tests in South Africa on that dodgy Wanderers surface. The joke, then, was on the South Africans — who had demanded spicy pitches, which many thought was retaliation for the overtly Indian conditions presented to them there in 2015.

That was Kohli’s first home series as captain, and it showed as he pouted with petulance at almost every press conference he attended at reporters who seemed to want to know only why the pitches were such rank turners. The fact that India won the rubber seemed lost in the acrid smoke of those exchanges.

India have won 21 of their 35 Tests with Kohli in charge, and even though 19 of those matches have been played in comfy home conditions, seven elsewhere in Asia and four on the almost equally slow surfaces of the Caribbean, there is no doubt that he has earned his place at the apex of Indian cricket.

The bulletproof truth of that was that, next to Kohli, even a giant like MS Dhoni was just another player when he arrived for the ODI series.