By winning nine consecutive Sheffield Shield titles, the dashing New South Wales side of the 1950s and ’60s set a blueprint for the Australian national team to follow. Martin Claytor looks back on their dominance.

At the start of the 1950s, Australian domestic cricket was going through an uncertain period. Sheffield Shield crowds were declining in the post-Bradman years, participation in cricket was suffering as other outdoor sports grew in popularity, finances were becoming a problem and the Australian cricket board was worried about a lowering of playing standards.

Concerns were particularly strong in New South Wales, a state accustomed to regular Shield success. Anxious to harness the depth of raw talent available, the NSW selectors controversially appointed a charismatic and courageous new captain for the 1952/53 season. This was to prove an inspired decision and the catalyst for a period of unprecedented domination that would influence the philosophy and approach of future Australian Test captains and galvanise the game as a whole in the country.

Gideon Haigh (Australian cricket writer): The inspiration, of course, was Keith Miller – ironically a Victorian who had moved to NSW several years earlier.

Peter Philpott (NSW 1954-67 & Australia 1965-66): Keith Miller was a powerful influence towards positive, bright cricket, which rubbed off on all NSW players fortunate enough to play with him. He insisted on attack in every phase of the game, led from the front, spurned containment, never allowed play to stagnate and was always prepared to risk defeat in order to obtain outright victory. He was unorthodox, innovative and always exciting.

Neil Marks (NSW 1958-60 & NSW selector): Richie Benaud regarded him as the best captain he had ever played under. Without doubt, Miller was the most attacking captain New South Wales has ever had. Like his punting, Miller took some eye-popping gambles but always seemed to get out of trouble and win the match. I guess because he always had Keith Miller in his team. 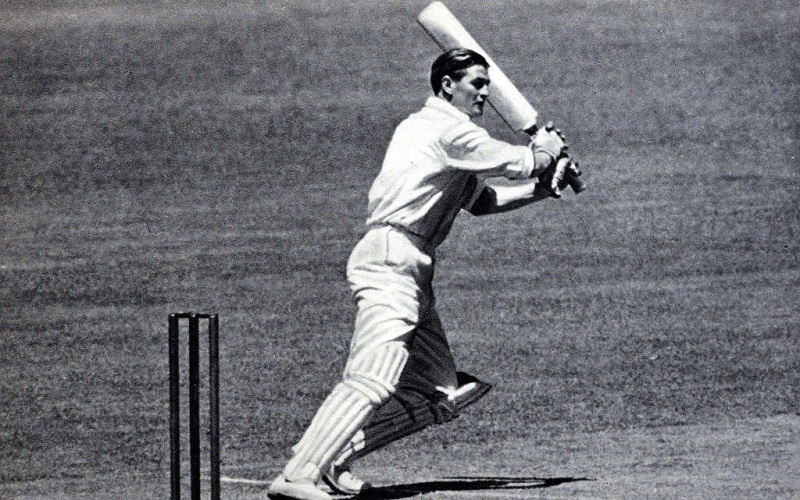 Miller’s fearless attitude to the game rubbed off on his players and set the pattern for continued Shield success for almost a decade. With several NSW players going on to feature in the Test side, it meant that the State’s approach filtered into the way that the Australian team played from the latter part of the 1950s.

Philpott: Whilst Keith’s approach was instinctive, Benaud – who followed him as captain – was more formulated. Others who had played with Miller and Benaud and went on to captain NSW – [Ian] Craig, [Bob] Simpson, [Brian] Booth and Philpott – were greatly influenced by them, thus there was a continuity of attacking cricket.

Marks: My state captains were Benaud, Sid Carroll and ‘Tiger’ Craig. Carroll and Craig knew the game and really got on well with the team but were a little more conservative than some. Benaud had an aura about him, was greatly admired by his players and was in the Miller mould as a captain.

NSW grade cricket at the time contained a vast array of talent and when state players were unavailable due to Test call-ups, there was no shortage of accomplished cricketers able to make the step up. The selectors also tried to follow an enlightened policy in order to maintain and build upon success.

Philpott: It was very difficult to break into and stay in the NSW teams of the 1950s and ’60s. Fortunately, the selection policy was to encourage talented youth, which helps to explain the early appearances of teenagers such as Benaud, Davidson, Burke, Craig, Simpson, Booth, Philpott, O’Neill, Walters and others amidst more experienced players.

David Frith (cricket writer who grew up in Australia in the 1950s and played Sydney first grade cricket): NSW were close to unbeatable some years, simply because they had an overload of talent. 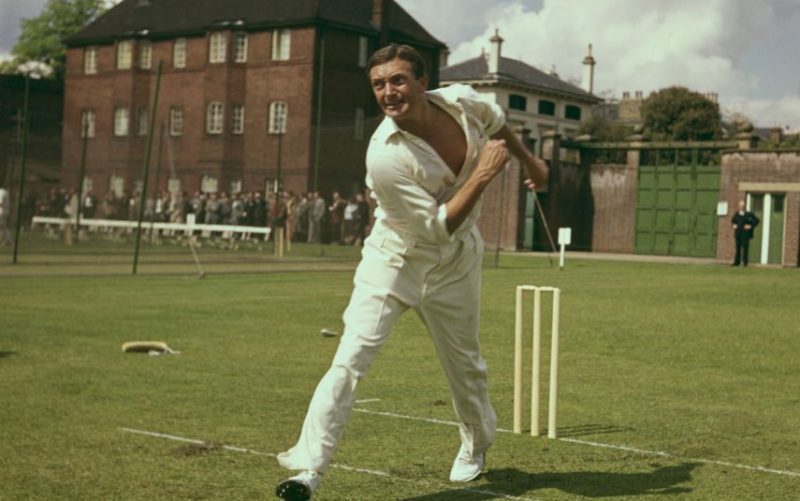 Marks: There were no team coaches in first-class or club cricket. Mostly, the players regarded coaches in the way newly married husbands regard mothers-in-law. If a player was having technical problems he would speak to a senior player. In my case, I would speak to [Neil] Harvey, Benaud or my father [former NSW player Alec Marks]. There was a belief within NSW cricket that a good player knew what his problems were, so he could work them out himself.

Philpott: All these captains were fortunate to have the depth of talent available to pursue such positive plans. This was particularly so regarding all-rounders, who facilitated team balance. It is interesting that in the 80-odd years before 1970, only seven NSW players had achieved 150 wickets and 2,000 runs for the state, yet four of those – Benaud, Davidson, Martin and Philpott – were from those teams of the Fifties. Note too the array of wrist-spinners always chosen, such as Benaud, Martin, Treanor, Philpott, Simpson and O’Neill, who were always favoured by selectors. Finger-spin and medium-pace were seen as taking too long to get wickets, which was always the first priority.

Haigh: Confidence was contagious. [Ray] Lindwall makes some interesting comments about moving from NSW to Queensland in the late 1950s and the differences he noticed straight away; how, for instance, there used to be three or four men padded up waiting to go in rather than the one that he was used to.

Marks: We knew we were the best team in the Shield and we all knew what we had to do. So, before we went on the field, we hardly talked about anything related to cricket. We just walked out there and won the game. After four days of cricket, when we had been successful, we went into the opposition dressing room and drank a lot of booze with our mates from other states. 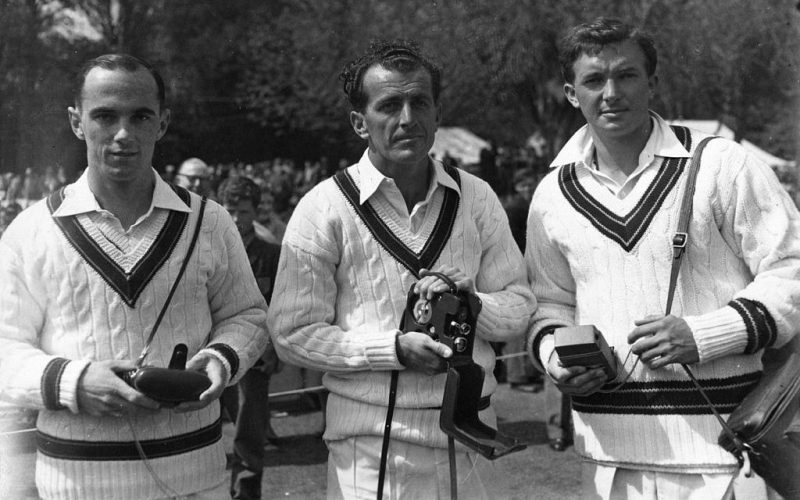 The depth of talent available to NSW was so great that some outstanding players rarely got the sustained run that their abilities deserved. Some, such as Sam Trimble, Les Favell and Ken Eastwood, moved to other states, thus further extending the NSW influence.

Frith: At the wonderful old SCG, I watched the highly talented Ray Flockton, reduced to an occasional player because of the sheer overload of talent.

Other NSW players, in some cases frustrated by a lack of opportunities, decided upon a different direction and had a huge impact on cricket in other countries. The strength of state cricket meant that many professionals were forced to earn a crust elsewhere.

“The other states treated us with a grudging respect”

Frith: So many Australians in those days wanted to live off the game, which caused them to play county cricket and in the [English] leagues. I was close friends with one of the most popular and successful, Jock Livingston. The ‘market’ is more flexible these days; players move interstate when they sense better opportunities. The greatest difference, however, is the injection of vast sums of money into the game, even at lower levels. Arthur Morris’ much-quoted reply to the question ‘What did cricket bring you, Arthur?’ was ‘Poverty!’. The players all had jobs outside the game, and not always that well paid either. Neil Harvey was always seeking a decent employment.

Marks: The Sydney grade competition was then considered to be the strongest club cricket in the world. What’s more, because there was not so much ‘big’ cricket being played in that period, the Test players played a majority of the season with their club.

A supreme talent whose buccaneering style left an indelible print on his team and set the tone for what was to follow. Miller’s hard-hitting batting and express pace bowling made him the most complete and box-office all-rounder of his era.

An elegant right-hand batsman, Craig became the youngest player to represent NSW, to make a first-class double ton and to play for and captain his country. A terrible run of form for Australia saw him fade from the scene and he retired at the age of 26, swapping cricket for the business sector.

A devilish leg-spinner, very capable batsman and one of the sharpest cricket minds the game has ever seen. Benaud’s superlative post-playing career in the commentary box afforded him god-like status the world over.

After winning the Sheffield Shield title in 1953/54, NSW remained champions for the following eight seasons. Their record of nine consecutive titles has never been beaten.

Haigh: NSW was indeed powerful. And somewhat resented for it, I fancy.

Marks: We were resented by the Victorians. The other states treated us with a grudging respect. I believe that the Blues [NSW] always played brighter attacking cricket, from Trumper through to Bradman through to O’Neill through to Waugh and onwards. It was an inherent thing.

Philpott: Recently, in my book 70 Years With The SCG, I chose what I thought was the best NSW team of players with whom I played during this era. It was Arthur Morris, Sid Barnes, Neil Harvey, Bob Simpson, Norm O’Neill, Keith Miller, Richie Benaud, Alan Davidson, Ray Lindwall and John Martin or Colin McCool or John Gleeson and Brian Taber. This team excluded Test players such as Moroney, Burke, Saggers, de Courcy, Craig, Rorke, Misson, Booth, Crawford and many others.

NSW’s domination of state cricket was matched by Surrey in county cricket during the same period, but arguably the NSW triumphs had a greater impact on the game as a whole. The “brighter cricket” style of play promoted by successive captains had an effect well beyond the Sheffield Shield. After losing the 1956 Ashes, Australia’s Test team embarked upon a period of success that was characterised by the adventurous cricket for which NSW had become famed, with the famous series against the West Indies in 1960/61 perhaps the prime example of exciting cricket drawing in large crowds.

NSW’s run of nine titles came to an end in 1962/63. Two more followed in the mid Sixties but it would then be a further 17 years before the state became Sheffield Shield holders again. The introduction of overseas players and a strengthening of standards in other states, in part aided by those talented NSW exiles, had allowed the others to catch up.