In what proved to be a record-breaking day at the MCG, here are the key figures from an outstanding day’s play, as Alastair Cook remained undefeated on 244 after an exceptional display of resilience and strokeplay.

11 heaven: Alastair Cook had failed to surpass fifty in any of his previous 10 stints at the crease, which represented the biggest drought of his Test career. 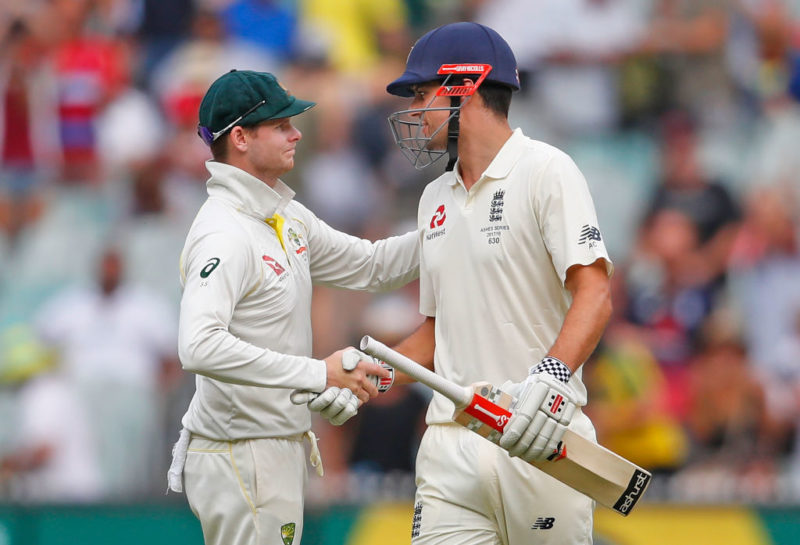 Australia congratulated Cook at the close of play

Good length: More expansive than his natural game, the opener’s mammoth score included 27 boundaries from 409 deliveries – the longest innings by any visiting batsman in a Test in Australia since 2010, overtaking his own unbeaten 235 at the Gabba.

Cook on high: Cook compiled the highest score by any visiting batsman in a Test at the G, beating Viv Richards’ 208 in 1984. Meanwhile, the opener’s 11th 150+ score for England was also a new record, jumping past Len Hutton, Wally Hammond and Kevin Pietersen. 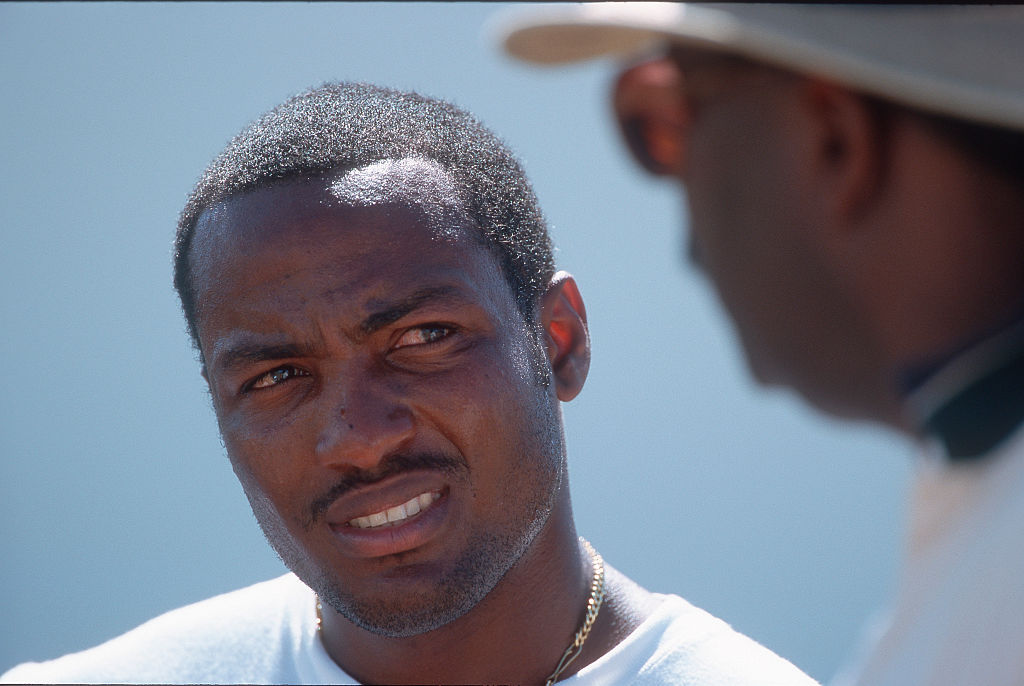 Better than Lara? Cook surpassed many of the batting greats during this outstanding knock. He began the innings in 10th place on the list of all-time Test run-scorers and will finish it in sixth. Cook passed Mahela Jayawardene late on the second day before proceeding to see off Windies duo Shivnarine Chanderpaul and Brian Lara.

Far from average: Cook started day two at the MCG averaging 13.83 in the 2017/18 Ashes series, with some suggesting it was the beginning of the end for England’s legendary opener. But in typically resolute fashion, Cook ended day three having scored more runs than anyone except the majestic Steve Smith, averaging 54.50. 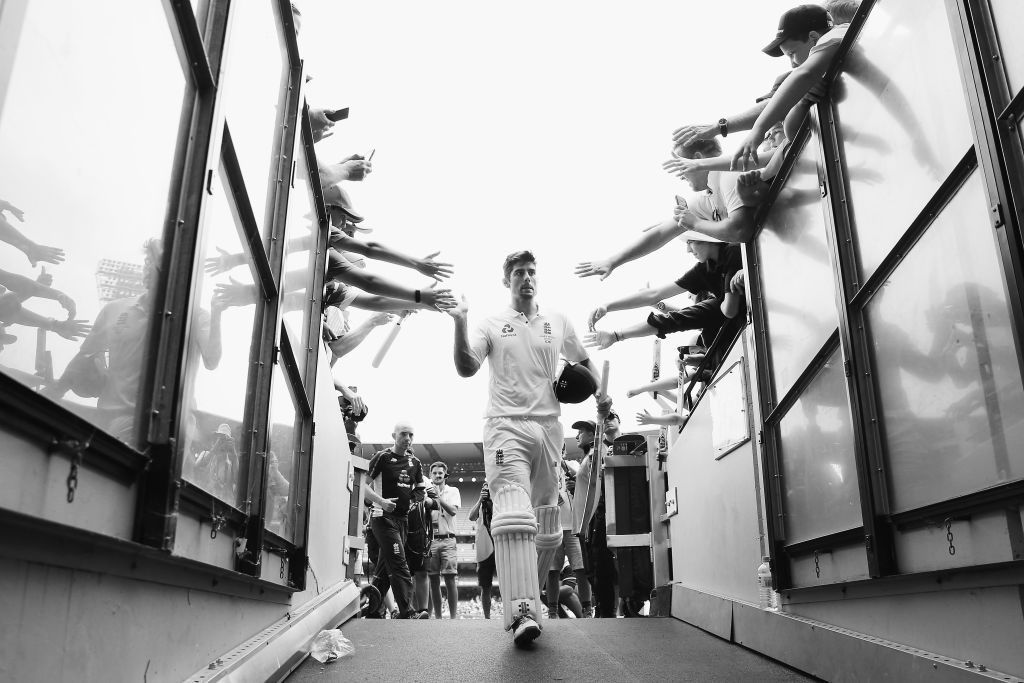 Unlikely partners: In what was surprisingly just the second time they had batted together in 113 Tests featuring both men, Cook and Stuart Broad shared a 100-run partnership. Alastair Cook’s double-century was the fifth of his career, and was delivered with a beautifully timed straight drive from his 360th delivery in his 563rd minute. 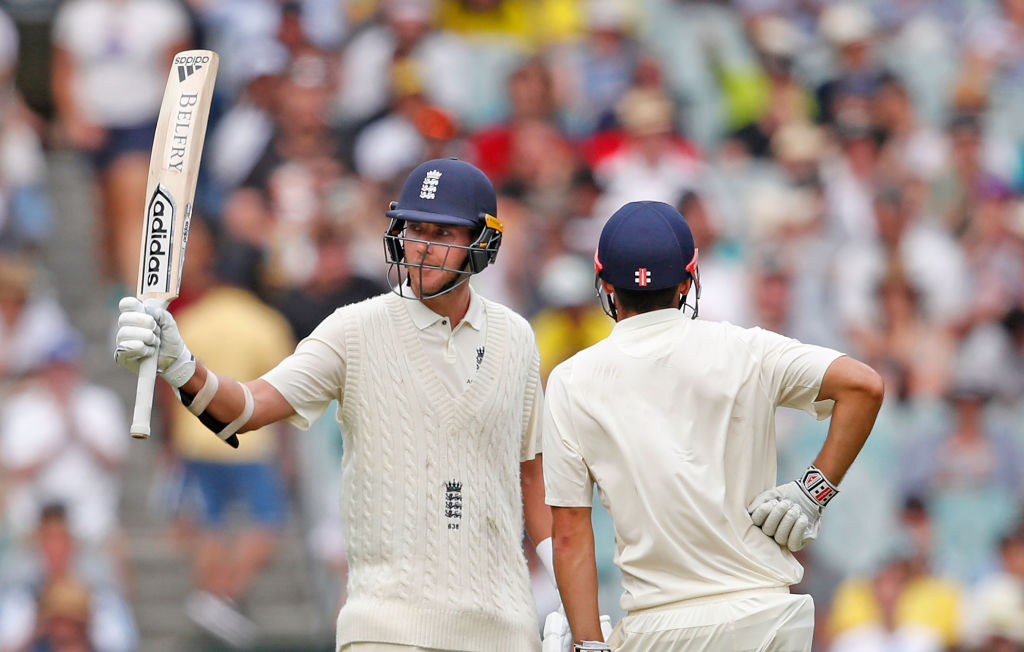 Aussie quicks fall short as Broad excites: Broad became the first England No.10 to notch a half-century since Chris Lewis in 1991 with a crowd-pleasing 56. Australia’s fast bowling battery peppered Broad with the short stuff but Broad found a way to duck, fend, swing and survive, which finally gave the Barmy Army something to smile about.

We were there: 61,389 people turned out at the G to witness this special day of Test cricket.