Virender Sehwag’s 201* against Sri Lanka in 2008 is No.5 in Wisden’s Test innings of the 2000s. Akshay Gopalakrishnan remembers a defiant knock that was nothing short of genius.

Virender Sehwag’s extraordinary ability to build monumental innings at breathtaking pace puts him in a rare category of genius. It was astonishing enough when he did it in conducive conditions, but when he did it on unplayable tracks, we knew we were witnessing a special human being at work.

In Sri Lanka in 2008, India faced arguably their toughest trial by spin in the decade, when Muttiah Muralitharan and a new and yet-to-be-decoded Ajantha Mendis ran circles around the visiting batsmen.

India had been embarrassed at the SSC, Colombo, losing the opening Test by an innings and 239 runs, after being destroyed by two master craftsmen. So when they arrived in Galle, it was about making a statement. Even more so for Sehwag, who had been called talented but brainless by Geoffrey Boycott on air during the first Test.

Never one to be deterred by the circumstances around him, Sehwag’s response was as delightful as it was brutal. In a free-spirited expression of batting, Sehwag joyfully whipped Sri Lanka’s bowlers all around the park.

Mendis’s mystery had left India’s batsmen all at sea in the opening Test. Sehwag countered by reading the spinner off the pitch, as opposed to off the hand. Using his feet impudently to them, Sehwag not only kept Murali and Mendis at bay, but he forcefully exerted his will over them. 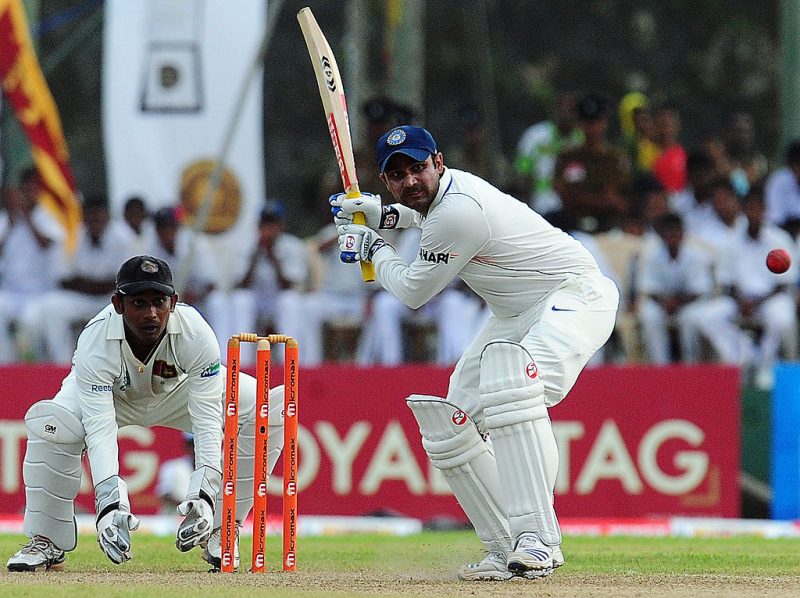 It didn’t matter if it was the two-fingered googly or the doosra, Sehwag clinically dissected both spinners’ tricks and dismantled them with his hitting, which was as artful as it was savage. A neat straight drive off Chaminda Vaas gave him an 87-ball ton, the 15th of his Test career, and inarguably among the best.

A four-hour rain break did nothing to deter Sehwag’s progress, but Sri Lanka’s late fightback forced a change in approach, as Vaas utilised the dampness in the Galle atmosphere to prise out Sachin Tendulkar and Sourav Ganguly. Having given India a rousing start, taking them to 167-0 in the company of longtime good friend and opening partner Gautam Gambhir, Sehwag buckled down for a period of consolidation as India slipped to 178-4.

He continued to keep India in the game single-handedly on day two, as his fifth-wicket partnership with VVS Laxman swelled to an even 100. Sri Lanka stationed men in the deep, but Sehwag’s fabled ability to pierce the field with precision came to the fore. His wristwork stood out, when he kept hitting Muralitharan through the off side, to disrupt Sri Lanka’s 6-3 leg-side field. Despite the rate of his progression, Sehwag’s craftiness, especially the wristwork, were a treat to watch.

India put together two century partnerships in the innings; outside of them, they lost three wickets for five runs and six wickets for 51 runs. And through it all, it was Sehwag who kept them ticking, with a game that was light years ahead of his team.

Sehwag had adamantly defended his approach after the defeat in the opening Test. Having expressed, at the end of day one in Galle, his willingness to convert his overnight score into a double century, Sehwag came good on his promise big time, in the process bringing to life what had, until then, been an utterly one-sided series.