A former world record holder of the highest individual Test score, Reginald ‘Tip’ Foster is the only man to captain England at cricket and football. His Wisden obituary in 1915 celebrated a remarkable talent.

Mr Foster’s death from diabetes at the age of 36 came as a great shock to the cricket world, but was no surprise to his intimate friends. His health broke down in the summer of 1913, and a visit to South Africa did him no permanent good. He had not reached the age at which, by means of rigid dieting, diabetes can sometimes be kept in check. He was one of the pre-eminently great batsmen of his day, ranking with MacLaren, Fry, Jackson, Tom Hayward and Tyldesley, among those who stood nearest to Ranjitsinhji.

Of all the fine batsmen who learnt the game at Malvern, he was incontestably the best and his record for Oxford in 1900 has never been equalled in University cricket. Three of his feats stand out above all the rest – his 171 against Cambridge at Lord’s in 1900, his 102 not out and 136 for the Gentlemen against the Players at Lord’s ten days later, and, his 287 for the MCC’s England Eleven against Australia at Sydney in December, 1903. This 287 remains the record innings in Test match cricket.

Mr Foster was the first batsman to make two separate hundreds in a Gentlemen and Players’ match, and the feat has only once been repeated – by J. H. King for the Players at Lord’s in 1904. Curiously enough, both Mr Foster and King were playing in the big match for the first time.

It is a strange fact that Mr Foster never played for England against Australia in this country. The Australians were not here in either 1900 or 1901 – his two great seasons. This was very unfortunate for him, as in both those years he would have been one of the first men chosen for Test matches. After 1901 he could not, except in 1907, when he captained England against South Africa, spare much time for first-class cricket. When the Australians came here in 1905 he played very little, and in 1909 he was not seen at all.

It may not be generally known that Mr Foster had the refusal of the captaincy of the MCC team that visited Australia in the winter of 1907/08. He would have liked above all things to bat again on the Sydney and Melbourne wickets, but he could not arrange to be away from England for the length of time required. His last big match was for Worcestershire against the Australians at Dudley in 1912 when he scored 26. A week before that he had hit up 127 at Lord’s for the MCC against the Public Schools, playing, after the first few overs, with undiminished brilliancy. 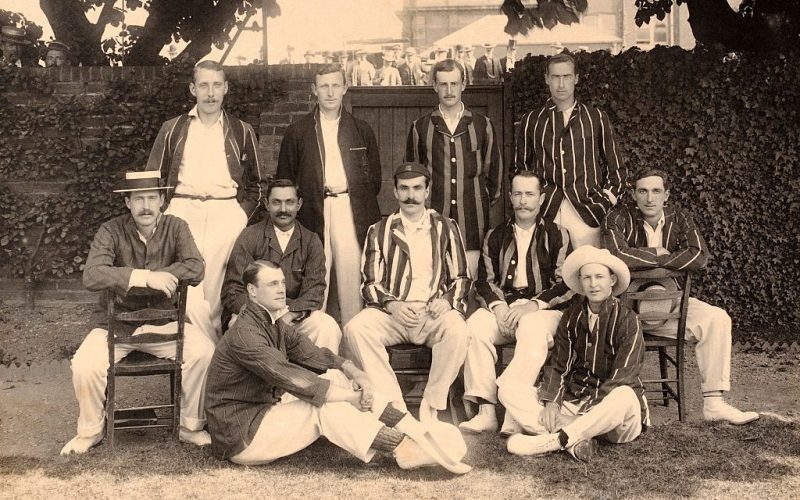 It was characteristic of Mr Foster that, like C. J. Ottaway and W. H. Patterson, he could at any time return to first-class cricket and play as well as if he had been in full practice all the season. A case in point occurred in 1910. He only played once for Worcestershire that year, but he scored 133 against Yorkshire.

A striking parallel can be drawn between Mr Foster’s career as a batsman at Oxford and that of F. S. Jackson, at Cambridge. Both were very good bats at school, but in their early days of University cricket there was little suggestion of the heights they were destined to reach. Steadily improving for three seasons, each in his last year – Jackson in 1893 and Foster in 1900 – blossomed out as an England batsman of the first rank. 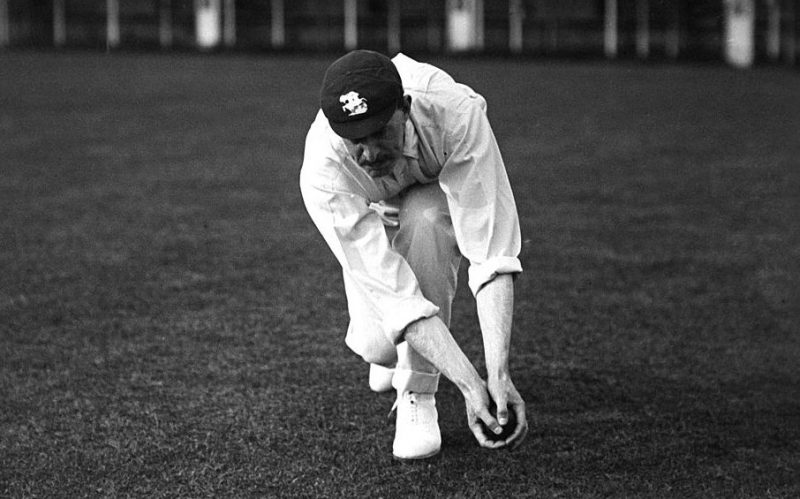 Apart from his splendid batting, R. E. Foster was one of the finest slip fielders men of his day

In his position at the wicket – he stood with both eyes turned full on the bowler – and his general style of play, Mr Foster was quite modern but, in adapting himself to swerving bowlers, he did not, like so many batsmen, lose his brilliancy on the off-side. Nothing could have been finer than his hitting past cover-point, and his late cut was a model of safety and clever placing.

After his two hundreds for the Gentlemen in 1900, C. B. Fry said of him that no one, except Ranjitsinhji, could wield a bat with greater quickness. One of seven brothers who have been seen in the Malvern School and Worcestershire County Elevens, he was beyond doubt the best of them all. This may be said without in any way disparaging H. K. Foster’s skill and commanding style.

Apart from his splendid batting, R. E. Foster was one of the finest slip fieldsmen of his day. Tall, slim, and lithe, he brought off catches that would have been impossible to ordinary men. Mr Foster was in the Malvern eleven 1893-96, and in the Oxford eleven 1897-1900. He was on the MCC committee at the time of his death, having previously served from 1904 to 1907. Without approaching his brother H. K.’s class, he was a good racquet player, and at Association football he won International honours, playing for England three times against Wales, and once each against Scotland and Ireland. He was twice in the Oxford Association team against Cambridge, and did brilliant things for the Old Malvernians.