With a sensational series of bowling performances, Jack Flavell carried Worcestershire to their first County Championship title in 1964. He was named a Wisden Cricketer of the Year in the 1965 Almanack.

Worcestershire eyes will turn with a glow of pride to the County’s flagpole in 1965. For from it in the club’s centenary year will fly the Championship pennant as a reminder of a heart-pounding season in which individual feats abounded. Outstanding among those performances which helped Worcestershire land the championship title for the first time was “Flavell’s Five”, the five consecutive matches the county won between August 8 and 25 with the aid of 46 wickets by their opening bowler for an average of 11.71.

Undoubtedly this “Flavell operation”, his most thrustful period in a career extending over 15 years, could not have been timed better, as Worcestershire, with only one win in their previous six matches, looked to be losing their grip while Warwickshire piled on the pressure. This great-hearted cricketer has achieved many notable performances, but never was his value more ably demonstrated than in August 1964.

Born on May 15, 1929, just over the Worcestershire border at Wall Heath, Staffordshire, John Alfred Flavell played little cricket of note almost up to the time he joined his county the week he left the Royal Artillery with the rank of lance-bombardier at the age of 20.

At Kingswinford Secondary Modern School, which he attended during the war, nearly all the male teaching staff were in the forces and cricket was not one of the sports for which there was much provision. Consequently, Flavell was 14 before he began to show any sort of interest in the game. He got into Himley village team as a quick bowler and later played for Stourbridge 2nd XI until he was called up for National Service.

By now he was carving out a career as a full-back with West Bromwich Albion with whom he became a professional at 17, and soccer continued to occupy much of his Army sporting life. He has vivid memories of playing in that ill-fated Army Cup final at Aldershot when lightning struck the ground, killing two players and burning hair off his own head and eyebrows. 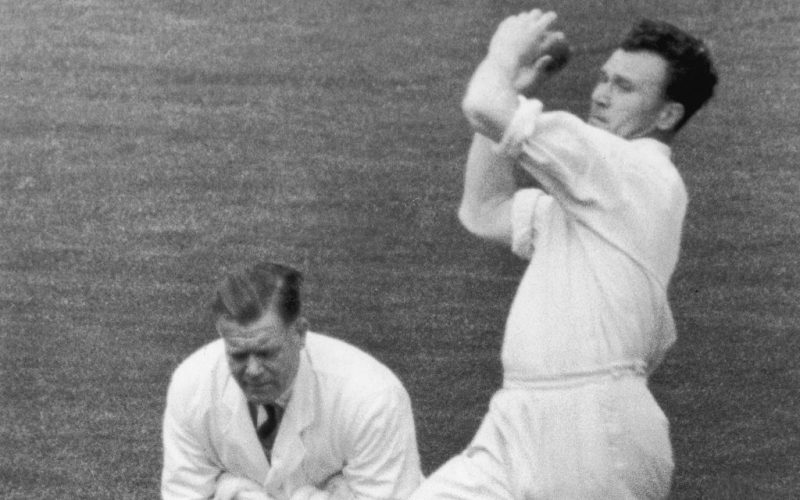 Jack Flavell in action for Worcestershire, circa May 1961

Flavell can recall playing in only one Army cricket match, although while home on leave in July, 1949, he appeared in half a dozen Birmingham League matches with Stourbridge, taking 45 wickets. At that time the Stourbridge professional was W.H. Andrews, the old Somerset fast bowler. He quickly realised Flavell’s potential and arranged a trial for him with Warwickshire.

Nine wickets for the 2nd XI against Northamptonshire 2nd XI resulted in Warwickshire offering him terms, but Flavell considered his prospects were better at Worcester where a bowler was urgently needed to share the opening attack with R.T.D. Perks. He admits having no regrets over the choice he made for there is no doubt that Perks did more than anyone in bringing Flavell to the standard which at the age of 32 gained him the first of four England caps, all against Australia.

His 106 wickets last summer was the sixth time he exceeded 100, and his 171 wickets in 1961 earned him the distinction of finishing top of the national averages. The county have had few players more popular than this son of the Black Country, whose benefit in 1963 of £6,480 was a Worcestershire record.

With nearly 1,200 wickets to his name, Flavell’s story is one of triumph over adversity in a career littered with setbacks. Though he is a most muscular and powerful player and possesses astonishing stamina, he has had far more than his fair share of injuries.

Early in his cricket association with Worcestershire, a back injury virtually terminated his playing days as a footballer, though after service with West Bromwich Albion and Walsall he had a spell in non-League soccer before finally giving up the winter game. 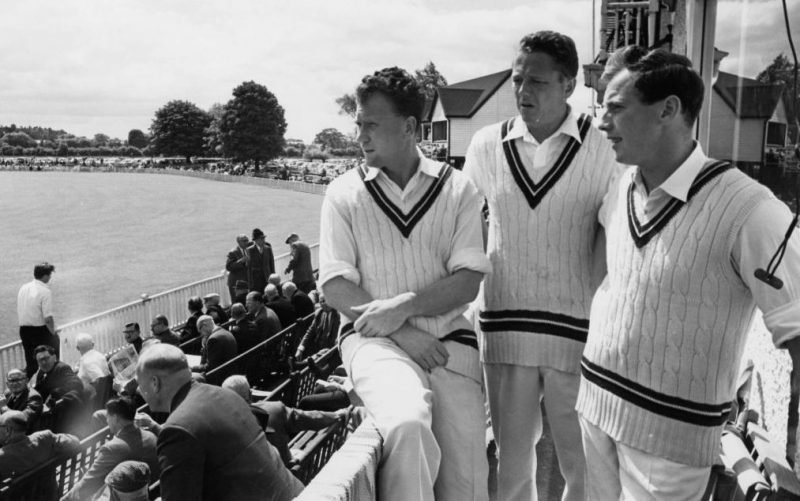 His cricket, too, was threatened; a troublesome back not only put him out of action for the best part of one season, but practically two years elapsed before he fully recovered. Then Achilles tendon trouble struck him down for half a season in 1962 and most of the county’s followers were emphatic that this cost Worcestershire the Championship (they were pipped by Yorkshire in the final match).

Yet each time Flavell was forced out of action by injury, he invariably returned with a resolve, seemingly greater than ever, to make good. This dedication, no doubt, urged him to the supreme effort to prove to himself, if to no one else, that after breaking down in the Test match against Australia at Headingley last July, he was not a spent force at 35, as some people hinted.

At any rate, he came back to the county side after a foot injury had enforced an absence of one month, and wrought such havoc among opposing batsmen that he helped himself to those 46 wickets in five matches. Moreover, he proved without question that he remained one of the outstanding seamers of his era. Essentially an attacking bowler, his control and accuracy were never better, and his unflagging determination was an inspiration to all his colleagues at a crucial time.

Twice Flavell has taken nine wickets in an innings, against Sussex at Hastings in 1954 and Kent at Dover in 1955. He also points to three hat-tricks, at the expense of Kent at Kidderminster, 1951, Cambridge University at Fenner’s in 1953 and Lancashire at Old Trafford in 1963. His victims in this last feat were all leg-before decisions by the umpire, F.C. Gardner – only the second instance in the history of the game.

A left-handed bat, Flavell, rarely gives the opposing bowlers much trouble, although he can claim 54 against Warwickshire at Dudley in 1959 in 22 scoring strokes and only last season he showed his ability in a crisis when his 12 not out against Nottinghamshire at Trent Bridge gave Worcestershire victory by one wicket when they desperately needed the points.

Gardening, golf, and coaching a local youth cricket association of approximately 30 teams occupy Flavell when he is not playing cricket. He takes prizes with his roses at flower shows and the sight of his chrysanthemum blooms and greenhouse tomatoes makes one readily appreciate that, as in cricket, his only goal is perfection. And now, with an eye to the future, somehow this busy man manages to run his own builder’s business at his native Wall Heath where he lives with his charming wife, Marie, and three-year-old daughter, Lucinda.

Jack Flavell did not add to his four Test appearances, but he played for Worcestershire until 1967, taking 1,507 wickets for the county – the third highest in their history.