Was Gilbert Jessop the game’s first great power-hitter? Wisden certainly thought so in naming him as a Cricketer of the Year in 1898.

It is perfectly safe to say that there are few more popular figures on the cricket field at the present time than the young amateur who has, during the last few seasons, done so much to restore the fortunes of the Gloucestershire eleven. The public dearly love a fearless hitter, and in days like these, when there is a tendency in many directions to make cricket a little too steady and methodical, a batsman of Mr Jessop’s delightful qualities is sure of an enthusiastic welcome wherever he goes.

We have never before produced a batsman of quite the same stamp. We have had harder hitters, but perhaps never one who could, in 20 minutes or half-an-hour, so entirely change the fortunes of a game. Those who, during the past season, saw Mr Jessop in the Oxford and Cambridge, and Gentlemen v Players’ matches, witnessed some hitting that in its way could not have been surpassed. The manner in which, on a somewhat worn wicket, he literally flogged the best professional bowling in England in the Gentlemen’s second innings was simply astonishing.

Of course he had a little luck-daring hitters are proverbially fortunate – but we could name on the fingers of one hand, the batsmen now before the public, to whom such an innings would have been possible. Not less remarkable was the brilliant bit of hitting with which, at The Oval in June, he went so far toward securing the Gloucestershire XI their victory over Surrey. It was very happily said of him on that occasion, that he treated Richardson as though the Surrey crack had been an ordinary medium-pace bowler.

As a batsman, Mr Jessop is individual to a degree. No one could be taught to play his game, inasmuch as the power to hit fast bowling as he hits it is scarcely given to half a dozen batsmen in a generation. When he fails to come off, he is sometimes advised to be more careful, but the criticism always strikes one as being beside the mark. If he modified his method and played like other people, half his value would be gone. 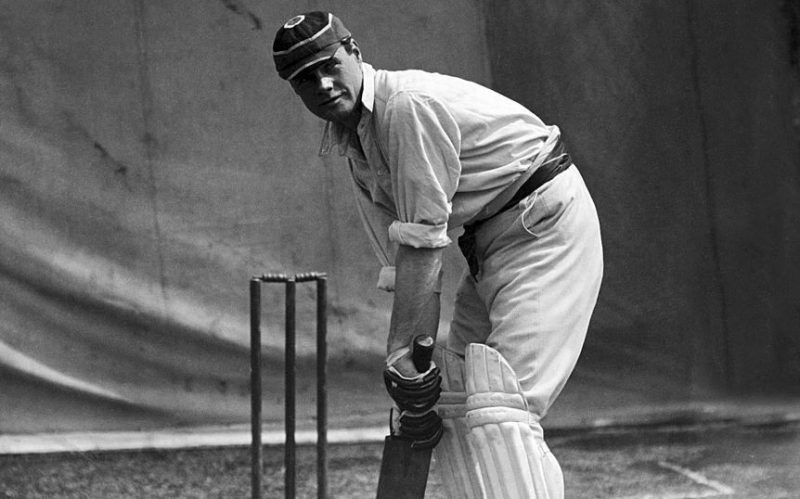 Gilbert Jessop was known as “the croucher” because of his stance

Where he sometimes makes a mistake, however, is in trying to hit directly after he goes in, without having first got a sight of the ball or judged the pace of the ground. He is a keen judge of his own capabilities and we have heard him say that, with bowling that keeps at all low, he is apt to be very soon out. Taking such liberties as he does and trying to score so continually from good-length balls, this can be readily understood.

Having regard to all he has done, no good judge of cricket would wish him to be other than he is. A batsman who can in half an hour win an apparently lost game is a prize for any eleven. As everyone knows, however, Mr Jessop is a great deal more than a mere batsman. Even if he lost his power to get runs, his bowling and fielding would ensure him a prominent place in first class cricket. There is scarcely another amateur fast bowler who can keep up an end so long without tiring, and at cover-point, he can hold his own with almost anyone. He is altogether a most brilliant and remarkable cricketer. 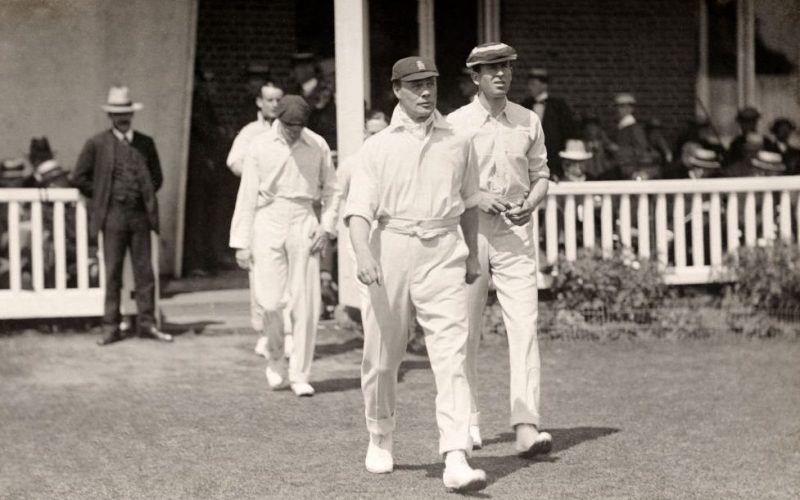 Mr Jessop first played for Gloucestershire in 1894 – a disastrous season for the county – and though quite new to big matches, did enough to prove that he was a player of more than ordinary promise. He scored 159 runs for Gloucestershire in 12 innings, and took 14 wickets for just over 16 runs each. In 1895, he sprang into the front rank of amateur cricketers, dividing the honours of a splendid season for Gloucestershire with WG Grace and CL Townsend. With an aggregate of 505 runs, he came out third in the batting, and in bowling, his record was 49 wickets at an average cost of 17.12.

In the Cheltenham week, he helped Gloucestershire to a brilliant victory over Yorkshire, actually scoring in less than half-an-hour 63 runs out of 65. What Mr Jessop has done since 1895 will be fresh in the memory of anyone who follows cricket at all closely. Going up to Cambridge, he did not in 1896 realise expectations either as batsman or bowler, but any little shortcomings were more than atoned for during the past season.

It was for Cambridge against the Philadelphians last June that he made his first hundred in a big match, scoring 140 in an hour and 35 minutes. Against Yorkshire at Harrogate, at the end of July, he scored 101 in 40 minutes, but in connection with this performance, it must be borne in mind that the boundaries at Harrogate are very flattering to a big hitter. After the season was over, Mr Jessop went to America with Mr PF Warner’s team, but it cannot be said that on the other side of the Atlantic, he added to his reputation.

Mr Jessop is one of the most enthusiastic of cricketers, and it was certainly a fortunate day for Gloucestershire when his ability was discovered. Barring the Graces themselves, the county has never had such an all-round player.

Gilbert Jessop went on to become one of the great cricketers of the golden age, his most celebrated innings coming in the classic 1902 Ashes Test at The Oval.