To successfully not watch cricket, there must be enough on your mind to not just occupy but overwhelm you, writes Rahul Bhattacharya.

There are good reasons to not watch cricket. It is just that acting on these reasons is difficult. Readers of the Almanack are only too aware of the nature of the disease. What started as a fever of passion in youth developed into a chronic condition. It took over your life. Now there is no escape.

There is no need to panic. I recently acquired some experience of not watching cricket and I am here to help. You might tell yourself, innocently, I will not watch cricket. Banish the thought! Cricket has enough in its arsenal to defeat you. Its brahmastra is the ‘calendar’. Back in your day, people rarely used this word. Back in your day, the thing now called a calendar was not a multiplying, metastasising organism totally at odds with the stability of a calendar. Formats may get shorter and shorter, disappearing towards nothing, but the feat of the calendar is to not follow. The calendar grows bigger and bigger and bigger.

You should recognise early on that except for the utterly disillusioned, nobody willingly renounces watching cricket. If you are reading this publication, you are not one of the utterly disillusioned. You may have grievances and irritations, but you have managed to take everything from Giles Clarke to Gurunath Meiyappan in your stride. For you, choosing not to watch cricket is as inadvisable as a reckless divorce. At the moment of exercising your choice, you may feel the rush of triumph. By the time the bureaucracy of separation takes effect, regret, remorse, self-loathing and desperation will have made a wreck of you. So don’t choose to not watch cricket.

When you boil it down, there are two principal conditions for not watching cricket: You must not have access to a television, and you must have limited access to the internet. You could accidentally cause your TV to fall and break. You could, in a blaze of absent-mindedness, snip off your broadband cable and use it to tie up your old newspapers. Televisions nowadays cost as much as cars, and the hold-time at your internet service provider’s call centre will be approximately nine weeks, so it is likely you will be stuck with your new circumstances for a while.

Do not think there won’t be separation anxiety, for there will.

If you live in a house of more than one person, there could be domestic consequences arising from your accidents with the television and the internet. Consider escalating the emotional upheaval caused by these. To successfully not watch cricket, there must be enough on your mind to not just occupy but overwhelm you.

Once you have created the conditions for not watching cricket, be prepared for the consequences. Do not think there won’t be separation anxiety, for there will. This is where your limited internet connectivity comes in. If your internet connection is world-class, your not watching of cricket cannot succeed. Everything streams, legally, illegally, and you will hunt it down. You will contract malware, spyware, virus, fungi. If you attempt to not watch cricket while in possession of a good internet connection, you are better off trying to watch cricket. 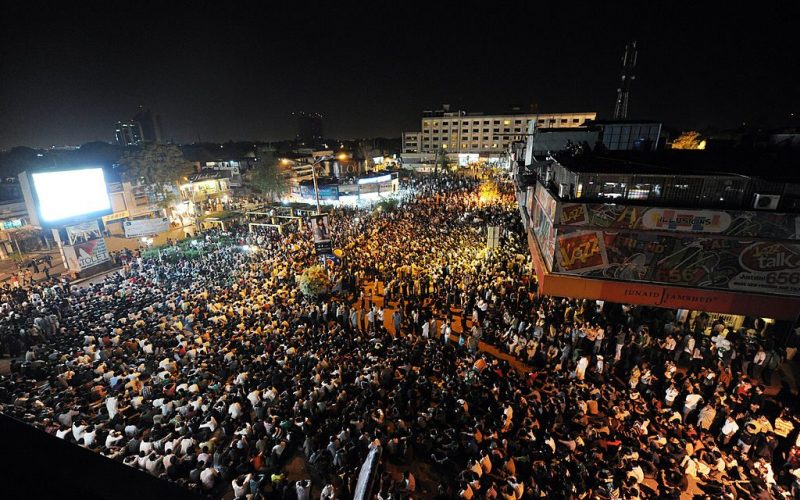 A bad internet connection, however, is essential for managing separation anxiety and its close cousin, FOMO, the Fear Of Missing Out. A bad internet connection can be defined as one that allows you to follow scores, read reports and outrage, look at Fawad Alam and Rohit Sharma memes, and view video clips of extraordinary, controversial and moronic events, which can sometimes magically converge in a single Cameron Bancroft GIF. I suggest you spare no effort is obtaining internet connectivity that is exactly the right shade of bad. If you live in India, perhaps the data on your phone is perfectly calibrated to the task; else consider switching providers. Otherwise fish out that old dongle you purchased a decade ago and never used or threw away. The dongle level of badness is ideal for your purposes.

Remember, it is important to time your not watching cricket right. Do not stop watching cricket, say, in the middle of the World Cup, unless it is 2007. As a rule of thumb, try to ensure that your forced separation from cricket does not coincide with your main team of interest playing in your main format of interest. It so happened that my cricket abstinence fell between two India Test series, and you could find similar favour with your accidents.

With some amount of self-coaching, you may realise that not watching cricket is a strategy practised by substantial parts of the human world.

You will observe that once you have completed a short period of not watching cricket, a medium period will not feel all that daunting. You will not rush to fix up your accidentally damaged television and internet connection as quickly as you had anticipated. With some amount of self-coaching, you may realise that not watching cricket is a strategy practised by substantial parts of the human world. Bombing out of the 2007 World Cup, the Indian team sought consolation in the phrase, “No one gives a f**k in China.” This is China we are talking about. If they run the world and don’t give four letters about cricket, there could be something to it.

Since at any time withdrawal symptoms can prove overpowering, consider maintaining cricket alternatives to not watching cricket. I would have recommended playing cricket, but indulging your delusions of grandeur will lead you straight towards watching it. You could read every page of every previous edition of this book, although that could get in the way of your plans for In Search of Lost Time, which you had carefully saved for the period of your life when you were not watching cricket.

I was able to maintain certain cricket habits through my day job of commissioning and editing extremely detailed cricket articles. I do not believe taking up a job in cricket will necessarily help you meet your goal — unless you already have a job in cricket, in which case the excitement will not overwhelm you. So, all things considered, I recommend organising yourself a job in cricket a few years in advance of your forced leave from cricket.

The whole idea is to help you. If you can organise yourself a torrid house move, or accidentally destroy your television and partially damage your internet, during the period your team is not playing your format, while holding down a job in cricket that you have already held for some years, then, with some inspiration from Chinese philosophy, you too, friend, can not watch cricket.

Rahul Bhattacharya is the author of Pundits from Pakistan and The Sly Company of People Who Care.